A European Research Council grant worth around 1.5 million Euros has been awarded to Dr. Grzegorz Sumara, a biologist from Würzburg (Germany). It supports his outstanding research proposal about the widespread disease obesity. 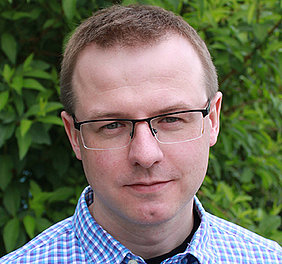 Only 291 early-career scientists European wide secured this Starting Grant during the last call. “Our project proposal has undergone several critical reviews and was exposed to a number of significant competitors” explains Sumara enthusiastically. “When we got the letter of acceptance, we had a good reason to celebrate.”

Sumara is an Emmy Noether independent junior researcher at the Rudolf Virchow Center of the Julius-Maximilians-Universität Würzburg, JMU, Germany. He is interested, on a molecular level, in the sharp rise of obesity and in this context type 2 diabetes. Approximately 380 million people are affected worldwide. "It is alarming how many children are already suffering from being overweight - not only in North America, also in Europe" says the 35-year-old scientist.

With different genetic and biochemical approaches, Sumara explores the complex metabolic interaction between individual cell signals. Central to his work is the Protein kinase D group (Pkd). Preliminary results in his lab indicate that Pkd plays a vital role in the metabolism, particularly in fat and liver cells.

The liver and adipose tissue are vital for our adjustment of food intake and lack of food. These cell types can store large amounts of nutrients and release them when it is needed. In healthy people a complex system of cell and hormonal signals regulate whether we feel hungry or full. Overeating and lack of exercise have a negative effect on the molecular detection of nutrients - the complex system gets out of balance. Fat cells start to accumulate the unused energy of food. With increasing overweight, the risk rises for developing type 2 diabetes and therefore a potentially life-threatening cardiovascular disease.

In previous studies Sumara discovered that a subset of Pkd family members, named Pkd1 and Pkd2, have a significant influence on body fat storage. Whereas Pkd3, another member of the Pkd family, seems to control the liver function. Genetic manipulation of these subgroups of proteins in cell culture and mice show a lower susceptibility to obesity, despite an oversupply of food. Sumara is keen to investigate this specific effect and the underlying molecular mechanisms. And for this he will use a universal molecular approach, analyzing cell culture, expression patterns as well as mouse studies. First results in this lab have already shown that so-called "non-canonical" signaling molecules are also critical for the regulation of the metabolism - similar to Pkd.

Sumara hopes to identify and characterize the most important mechanisms in metabolic diseases, in order to increase the chances for clinical treatment of obesity and type 2 diabetes.

Since 2013 Dr. Grzegorz Sumara is an Emmy Noether independent junior researcher at the Rudolf Virchow Center of the University of Würzburg. After studying biology in Krakow (Poland), he finished his PhD 2009 at the ETH Zurich (Switzerland) and worked as a postdoctoral fellow at the University of Columbia (New York, USA).

The European Research Council (ERC) grants are awards to researchers in Europe with an outstanding scientific track record. All project proposals have to undergo a strict European selection process. Since 2008, ERC awards grants in various categories, for example the so-called Starting Grants for "promising young researchers".

More details about the Research Group of Dr Grzegorz Sumara 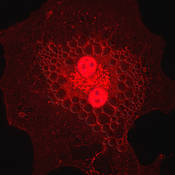