Only one small protein needs to be missing and salmonellae are no longer infectious. This was discovered in a study in which the pathogens were re-analysed using bioinformatics. 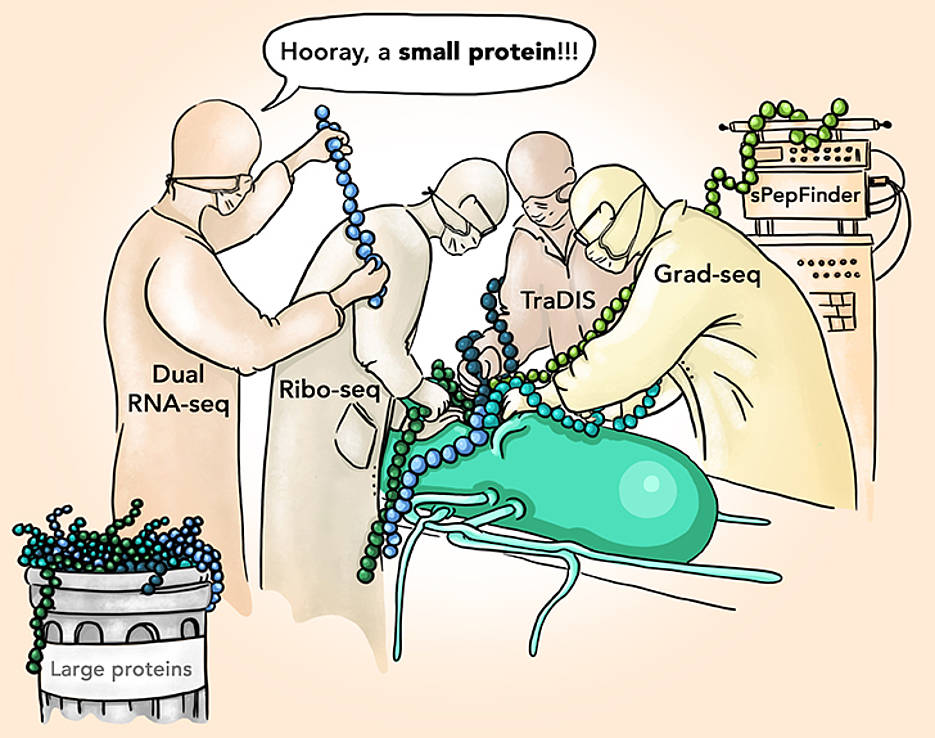 Salmonella are bacteria that can cause food poisoning with severe diarrhoea. If they penetrate from the intestine into the blood system, this can lead to sepsis, life-threatening inflammatory reactions in the entire organism. Since salmonellae are also becoming increasingly resistant to antibiotics, new approaches are being sought to combat them.

An international research team, led by scientists from Würzburg, shows how to succeed in this search in the new research journal microLife.

In a bioinformatic reassessment of the Salmonella genome, the team led by JMU doctoral student Elisa Venturini identified many unknown small proteins that may play a crucial role in infection. As a result, the number of known small Salmonella proteins has grown by 139 to over 600.

The small protein MgrB, which consists of 47 amino acids, stood out in the analyses. If the gene containing the blueprint for this protein is switched off, the salmonellae can no longer infect human cells. Although the protein had been studied before, this important function had not been recognised. This has only now been achieved thanks to a new combinatorial approach. Among other things, three data sets that had been generated in earlier infection studies were used for this purpose.

Blueprint for other bacteria too?

"Hopefully our approach will provide a blueprint that can also be applied to other organisms for which data sets already exist," says Venturini. The study has clearly shown that the method can still bring new relevant genes to light even in comprehensively studied organisms such as salmonella: The scientific community now has a priority list of previously unknown infection-related small salmonella proteins for further investigation.

The Würzburg laboratories of the Professors Jörg Vogel, Cynthia Sharma, Alexander Westermann, and Lars Barquist were involved in the study. In addition, groups from the Albert Ludwigs University of Freiburg and the University of Greifswald were involved, as part of the DFG priority programme SPP2002 "Small Proteins in Prokaryotes, an Unexplored World". Scientists from Australia, China and the Wellcome Trust Sanger Insitute in the UK also contributed to the study.