Genome: It's all about architecture

How do pathogens such as bacteria or parasites manage to hide from their host's immune system? Biochemist Nicolai Siegel is looking into this question within the scope of a new research project funded by the European Union with EUR 1.5 million. 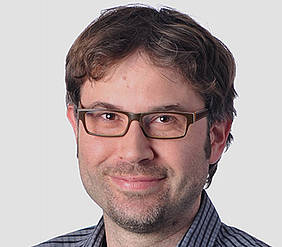 Nicolai Siegel is determined to sequence the genomic architecture of certain parasites. The new findings are set to facilitate the development of novel drugs. (Photo: private)

Many serious diseases such as malaria or AIDS present a major challenge for medicine because the causative pathogens use the same strategy although they are completely different: By camouflaging themselves they evade the immune system.

The same deception is used by Trypanosoma, the pathogen that causes the fatal human sleeping sickness. These African parasites are passed to the recipient by the byte of the tsetse fly to live in their host's blood. Their surface is covered with proteins, so-called antigens, which the immune system is actually capable of recognising and targeting. But the pathogen has several thousand different genes in its DNA that produce such antigens. The parasite only uses one antigen at a time and is capable of switching between them, making it all but impossible for the immune system to keep the pathogen at bay.

This ability of pathogenic microorganisms and parasites to change the molecules at their surface is called antigen variation. In his new research project, Dr. Nicolai Siegel studies which processes are responsible for this at the genetic level. The European Research Council ERC has recently awarded him the coveted Starting Grant worth EUR 1.5 million which is presented to "research talents with proven research potential".

Born in 1978, Siegel is a biochemist who has managed one of the junior research groups of the University of Würzburg's Research Center for Infectious Diseases (ZINF) for four years. He and his team are investigating epigenetic mechanisms of gene regulation in Trypanosoma at the Institute for Molecular Infection Biology managed by Professor Jörg Vogel.

"Viruses, bacteria and certain parasites all face the same challenge when entering a living organism: They must somehow protect themselves against being attacked by the immune system," Nicolai Siegel explains. Although they are different, they have developed surprisingly similar defence strategies. Antigen variation is one of them. According to the Siegel, the ability to largely evade attacks from the immune system is one of the major challenges in the fight against infectious diseases. "If we can manage to influence this process, that would be a major breakthrough," the scientist further. It would help patients fight the infection more efficiently while facilitating the development of new vaccines.

Systematic analysis of the genome architecture

So far, however, the basic processes of antigen variation have not been researched sufficiently. To understand which antigens are used and when, Nicolai Siegel wants to sequence the parasite's genomic architecture. "Architecture" in this context literally refers to the three-dimensional folding of the DNA strands in the nucleus that can influence the activity of various genes. The results of a master's thesis were the starting point for his approach. In the meantime, Laura Müller has continued her work as a PhD in Nicolai Siegel's group together with Raúl Cosentino. Over the next five years, their goal is to conduct the first systematic analysis to determine the significance of the genome architecture for the varying expression of antigens – using Trypanosoma brucei, the causative agent of the sleeping sickness.

Siegel focuses on two state-of-the-art technologies to accomplish this. The first is high-throughput sequencing, also known as next-generation sequencing, which allows the entire genome of organisms to be sequenced in a matter of hours. The second method is CRISPR-Cas9, a technique which enables scientists to selectively modify individual DNA blocks in the genome with high precision. "Combining these two methods allows me to link antigen variation research with that of the genome architecture," Siegel says.

The impact of spatial layout

The scientist's interest in the three-dimensional structure of the genome is mainly due to one reason: "The spatial arrangement of the genome is crucial for the regulation of genes that are mutually exclusive," he explains. This also holds true for antigen variation. While the sequence of the individual blocks of DNA determines which proteins are produced, the structure of the DNA strand decides which sections are read and when. Simply put, genes that are simultaneously active are frequently clustered together in a certain region inside the nucleus. Other regions that are not to be read tend to be located at the nucleus' periphery.

Although novel techniques have enabled scientists to make numerous new findings in this domain, many question still need answering. Nicolai Siegel wants to use his ERC Grant to help solve them.

The ERC Grants are the most prestigious European science awards and are presented each year by the European Research Council (ERC). The awards include a sum of money that allows the laureates to tackle complex projects.

This year, the ERC awards Starting Grants to 325 junior researchers in Europe. 61 of them are German scientists which is equivalent to around 19%. 14 of the new awardees are working at Bavarian universities.

More ERC laureates from the University of Würzburg

Link to the homepage of the European Research Council