When male bees don’t get lucky

Do pesticides have anything to do with the decline in bee populations? A research team led by the University of Würzburg has investigated - and found a connection between fenbuconazole and the insects' mating behavior.

A research team has investigated whether fungicides may play a role in the mating behavior of the mason bee (Osmia cornuta). (Image: Samuel Boff)

Bees are among the most important pollinators on earth. They pollinate not only plants with beautiful flowers, but also many crops. But despite the insects' great importance for humans and nature, their population is declining. Researchers cite various possible causes for this, including pesticides. This factor has now been investigated in a study by an international research team with the participation of the Julius-Maximilians-University (JMU) Würzburg. They found that pesticides are probably a major factor in the reproduction of bees.

In bees, males are produced from unfertilized eggs. Female bees, on the other hand, are created produced through the mating of males and females. The research team wanted to find out what factors might be contributing to the decline in the bee population. It focused on early stages of the insects' reproduction. Horned mason bees (Osmia cornuta) were exposed to a low-toxicity, non-lethal dose of the fungicide fenbuconazole. Fungicides are used to fight fungi and spores as crop protection agents.

Female mason bees evaluate male quality signals when choosing a mating partner - most importantly their odor and thoracic vibrations. "If the fungicide has an effect on male quality signals, this should increase the likelihood that pesticide-exposed males will be rejected by females," explains entomologist and lead author of the study, Samuel Boff. Boff conducted his research at JMU and University of Milan and is now a research associate at the Institute of Evolutionary Ecology and Conservation Genomics at Ulm University.

As a result, male bees exposed to the fungicide were more likely to be rejected by females. "We also found that the pesticide-exposed males vibrate their thoracic muscle less and also had a different odor composition than the un-exposed males," Boff said. He concludes: "The decline in bee populations in agricultural landscapes could therefore be explained by the effect of pesticides on insect mating behavior."

This paper is the first study to show that a fungicide with low toxicity has an impact on the reproduction of bees in the mating phase. "Our study shows that the early stages of bee reproduction must be included in the risk assessment of pesticides," says also Professor Thomas Schmitt, Chair of Animal Ecology and Tropical Biologist at JMU. He was also involved in the study. Boff hopes for broader testing of different classes of pesticides on bee behavior and their chemical signals: "So that more effective bee protection can really take place."

The next steps include conducting further experiments on mating behavior, as the researchers want to find out whether different classes of pesticides also affect the mating decisions of other wild bee species. They also recommend bee monitoring programs to compare reproductive outcomes of wild bees in areas with pesticide exposure and in ecological areas.

The research team has published their results in the Journal of Applied Ecology. In addition to Boff (JMU/Ulm) and Schmitt (JMU), Professor Daniela Lupi (University of Milan, Italy) and several scientists from Germany and Brazil were also involved in the study. It was funded by the Italian foundation "Fondazione Cariplo". 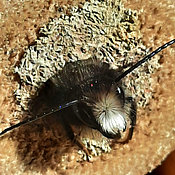 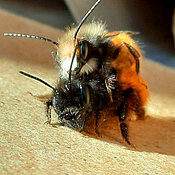