UWE-4: Small and Agile in Orbit

UWE-4, the experimental satellite of the University of Würzburg, has set new standards with its electric propulsion system in a worldwide premiere for pico-satellites by changing its orbit in a targeted way. 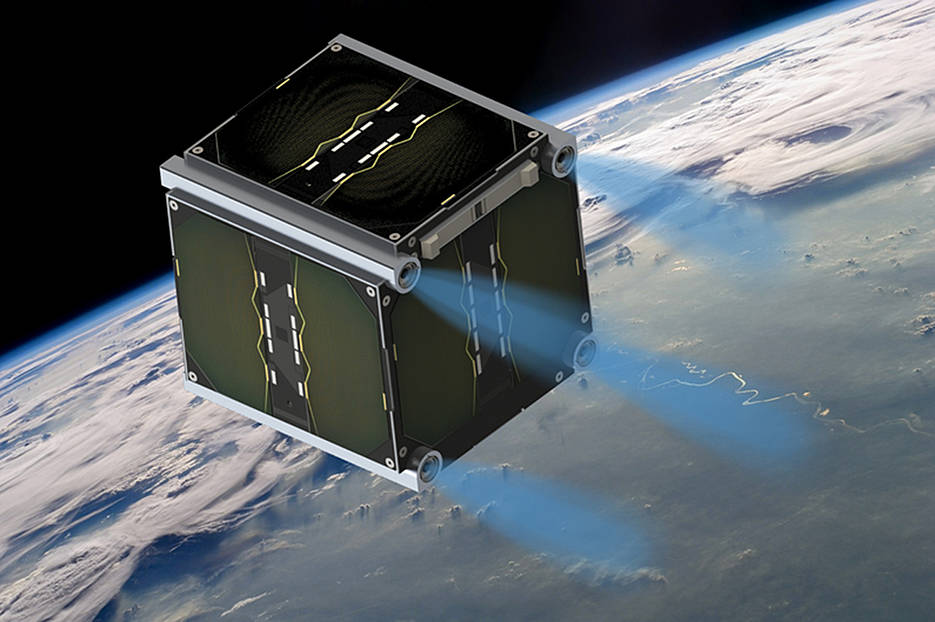 The UWE-4 small satellite has been orbiting Earth since the end of 2018 with the objective to control its orbit as first pico-satellite. It is the newest member of the University Würzburg's Experimental satellite research program UWE, which demonstrates since 2005 crucial key technologies for formation flying in orbit.

In the beginning, many problems arose, as only one out of the four miniature electric thrusters on board worked, and later only temporarily a second one joined. "In his doctoral thesis, however, Alexander Kramer made very clever use of the control system actuators available, the remaining one electric thruster and six magnetorquers for relative orientation with respect to the Earth's magnetic field, to perform all the planned maneuvers," according to his supervisor Professor Klaus Schilling.

The satellite successfully performed three maneuvers that can be considered world premieres in the class of pico-satellites. Pico-satellites are characterized by a mass of only about one kilogram and the size of a ten cm cube box.

Earth is orbited today by a significant amount of space debris, including in particular defect satellites. This raises danger to operational satellites to be damaged in collisions. Waste avoidance and removal became therefore also an important goal in space. It is now mandatory for future satellites in low Earth orbits to insert into a graveyard orbit at end of their life, such that they burn up in the atmosphere. A controlled lowering of the orbit altitude was therefore one of the maneuvers that UWE-4 successfully demonstrated in June 2020 thanks to its innovative electric propulsion system.

But UWE-4 could also lift its orbit by firing its electric thrusters with the appropriate orientation and duration. This maneuver opens up interesting prospects for extending the life of still functional satellites. In low Earth orbits, satellites normally sink rapidly due to drag of the residual atmosphere. The ISS space station must therefore also receive a constant refueling via supply spacecraft in order to be able to correct its descent by propulsion system activities. Here, the UWE-4 mission proved that orbit raise can be achieved for micro-satellites by an electric propulsion system with only a few grams of fuel.

During the experiments, operator Alexander Kramer received a warning from SpaceOps, the space control center of the US Air Force: there was a danger that UWE-4 could collide with an Iridium telecommunication satellite. He then controlled the orbit of UWE-4 to increase the safety distance between the two satellites. This was the first time for a pico-satellite to avoid a suspected collision by its electric propulsion system.

"These are three technological breakthroughs that Alexander Kramer has demonstrated first time in orbit for pico-satellites with UWE-4," notes Professor Schilling, Chair of Computer Science VII (Robotics and Telematics) at Julius-Maximilians-Universität Würzburg (JMU) in Bavaria, Germany. "This opens up significant application perspectives, especially for cost-efficient future generations of miniature satellites.”

"At the moment, satellite operators are not yet required to install a propulsion system," says Kramer. This must change due to legal requirements to limit satellite lifetime to 25 years in orbit to avoid accumulation of space debris. "Various space agencies are therefore already discussing the need for propulsion systems. Our experiments with UWE-4 point out an innovative solution for this problem“.

The propulsion system from Dresden

UWE-4 was developed by Schilling's JMU team with Dr. Stephan Busch, Dr. Philip Bangert, Alexander Kramer and Dieter Ziegler as well as numerous computer science and SpaceMaster students. At the Technical University of Dresden, the team around Professor Martin Tajmar has been realizing the miniaturized electric drive system NanoFEEP (Field Emission Electric Propulsion) in joint research for UWE-4 since 2015.

How NanoFEEP works: a voltage is applied to a needle coated with the liquid fuel gallium. This causes individual gallium ions to be released from the needle and ejected through a perforated cathode into space. The ions are here accelerated to a speed of up to eight kilometers per second. Using the impulse conservation principle, this causes the satellite to move in the opposite direction as described by the rocket equation.

UWE-4 is equipped with four engines with 0.25 grams of fuel each. This enables it to correct disturbances in its orbit for more than a year. Once its mission objectives have been met, UWE-4 will be placed in a targeted graveyard orbit by the ground control station at JMU at the end of 2020. Without propulsion, it would orbit Earth for several more years before it burns up in the atmosphere.

The successor satellites from Würzburg are already completed: the four NetSat satellites of the Center for Telematics. Using again an electric propulsion system, their objective is to demonstrate formation flight in three dimensions for the first time. The satellites already left Würzburg and are on their way to the rocket launch site in Plesetsk in Russia. 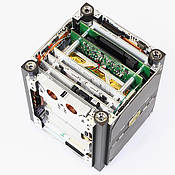