Success in the Excellence Competition

The University of Würzburg has been successful with a proposal for a research cluster in the Excellence Competition. This allows new projects to be launched in an important field of physics with great future promise.

Julius-Maximilians-Universität Würzburg (JMU) has succeeded in the contest for the most innovative research concepts in Germany. It has won a research cluster for Würzburg within the scope of the Excellence Competition of the Federal Government and the Länder in the face of fierce competition.

JMU has been successful with its joint proposal for the Cluster of Excellence "Complexity and Topology in Quantum Materials", run cooperatively by physics teams of JMU and TU Dresden. Together they research novel materials which are interesting for a number of technological applications – from information processing to energy supply and medical technology.

Professor of Physics, Ralph Claessen, is the cluster's spokesman in Würzburg. The cluster will be funded with an estimated EUR 57 million for personnel and material expenses. The cluster will start working at the beginning of 2019 and initially run for seven years with an option to be extended by another seven years.

A thank you from the University President

"This success again confirms our university's excellence in research," JMU President, Alfred Forchel, says happily. "I would like to express my sincere thanks for the outstanding work to the authors of all our applications in the departments and at our Research Advancement Centre."

About the Cluster of Excellence

Novel quantum materials will shape the digital 21st century in much the same way that stone and bronze did in the Stone Age and the Bronze Age, respectively. The behaviour of these materials is governed by quantum physics. They bear huge application potential in all modern high technologies – from data processing to energy supply and medical technology.

Before these materials can be used on a wide scale, however, more fundamental research is necessary. With the recently approved ct.qmat collaborative Cluster of Excellence on the Complexity and Topology in Quantum Materials, JMU and TU Dresden want to lay the foundation for establishing a worldwide leading center of quantum materials research. Researchers from physics, chemistry and material sciences will work together to generate, understand and apply quantum materials.

The fascinating phenomena of quantum physics usually occur at the nanoscale of individual atoms or electrons only. They seem to disappear once a lot of particles are around. To stabilize quantum states in materials and harness them, e.g. to build computer chips, researchers can use a trick from topology. This mathematical concept is at play when we take off our shoes, for example: Whether the shoelace comes undone when pulling at the ends or whether an inextricable knot is created depends on how the ends are looped initially. The phenomenon also applies to ties.

The 2016 Nobel Prize in Physics was awarded to the young and revolutionary discovery that this principle can be applied to quantum mechanical states of matter which sparked an array of research worldwide. Key contributions came from JMU where Professor Laurens Molenkamp successfully demonstrated the quantum spin Hall effect in experiments and from Dresden where Professor Roderich Moessner was the first to predict magnetic monopoles in spin ice.

Today, Dresden and Würzburg are global leaders in the research of topological materials with one Collaborative Research Center each. The individual focal areas of research, expertise and technical equipment of the two universities complement each other: Dresden, for example, is a center for quantum magnetism research whereas Würzburg has specialized in fundamental semiconductor research.

Already in 2015, the two universities considered establishing corresponding research clusters independently of one another. In spring 2016, they had the idea to combine their resources in quantum mechanics research and submit a joint application.

Today, we see the fruits of two years of combined efforts. The two cluster spokesmen, Professor Ralph Claessen from the JMU Institute of Physics, and Professor Matthias Vojta from the Institute of Theoretical Physics of TU Dresden, are overjoyed: "The approval of ct.qmat is a great success for everyone involved. Our work has paid off. The cluster will continue to promote solids physics at both sites and open up excellent new possibilities for cutting-edge research. Together we want to lay the foundation for the quantum technologies of the future."

The varied research structures in Würzburg and Dresden create the basis for a broad research agenda, ranging from material synthesis to experimental and theoretical studies of topological phenomena and their functional control to the design and testing of application concepts, e.g. for loss-free current conduction in computer chips or to realize a quantum computer.

The agenda is based on the existing research cooperations between the two universities and their partner institutes and will extend them significantly. The research institutes participating in the cluster include the Helmholtz Center Dresden-Rossendorf (HZDR), the Leibniz Institute for Solid State and Materials Research (IFW), the Max Planck Institute for the Physics of Complex Systems (MPI-PKS) and the Max Planck Institute for Chemical Physics of Solids (MPI-CPfS) all in Dresden and the Bavarian Center of Applied Energy Research (ZAE) in Würzburg.

About the Excellence Competition

Adopted in 2016 by the Federal Government and the Länder, the Excellence Competition aims to promote internationally competitive cutting-edge research at German universities. A call for research proposals was launched for this purpose. The proposals are assessed by the German Research Foundation (DFG) and the Wissenschaftsrat (German Council of Science and Humanities).

The Clusters of Excellence promote research projects conducted at individual universities and by university partnerships. 63 universities submitted a total of 195 draft proposals to this end. In a first step, 41 universities with 88 proposals, including three proposals from JMU in cooperation with Dresden, Jena and Bayreuth, were asked to submit a complete application. Of these 88 proposals, 57 clusters at 34 universities have now been approved for funding. 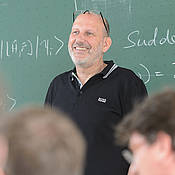 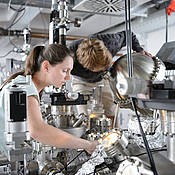