In 2015, the news shows aired by broadcasters ARD and ZDF failed to meet central quality standards. A study conducted by journalistic researchers from the University of Würzburg came to this conclusion. They looked into coverage of the Greek national debt crisis on behalf of the Otto Brenner Foundation (OBS). 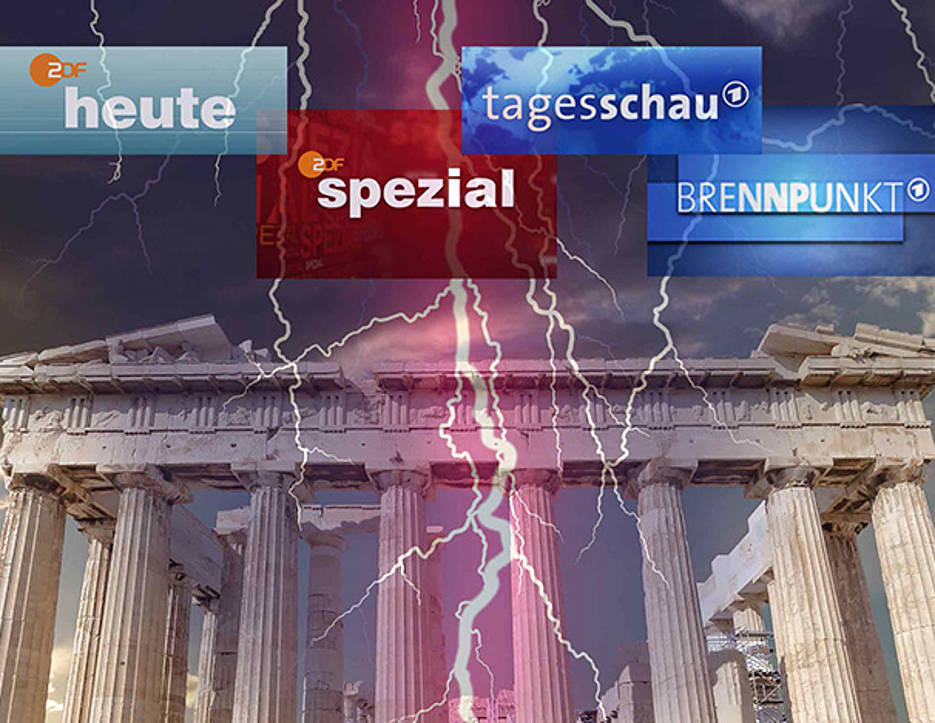 The authors around Kim Otto from the University of Würzburg analysed all editions of the news programmes "Tagesschau" and "heute" in the past year as well as the special shows "Brennpunkt" and "ZDF spezial" about the Greek national debt crisis and identified significant shortcomings. "Public-service broadcasters are obliged to provide well-balanced coverage, including the imperative of independent and non-partisan reporting. Unfortunately, these quality standards have been met only partially," Kim Otto sums up one result of the study recently published by the Otto Brenner Foundation (OBS). The team of the Department of Business Journalism examined the contents of the shows throughout 2015. Their work was supported by the Otto Brenner Foundation through third-party funds.

Inconsistent separation of news from opinion

Focus on Grexit instead of reform proposals

Moreover, coverage of Greek reform policies was mostly superficial focusing on only a handful of reform proposals. A lot of news reports merely referred to "the reforms" in a generalised manner. "Which reform proposals were demanded and implemented specifically in this context received little attention. This points to a poor analytical quality of news reporting," Otto explains. "Tagesschau" specified only 53 of 139 reform proposals and "heute" just 40.

Instead the reports focused on the "Grexit" as a potential scenario for an outcome to the crisis. "Analysing the consequences of the Greek national debt crisis was overemphasised compared to most solution approaches of the reform proposals," Otto says. In his opinion, using the Grexit as a symbol of alarm and chaos is also an expression of negativism which news broadcasting indulged in to some degree.

"Fair balance, neutrality and depth of public-service reporting are particularly important in times of crisis and in the face of contested topics," Jupp Legrand, Director of the Otto Brenner Foundation emphasises. Given the great importance of an efficient public-service broadcasting system for our society and government, the OBS repeatedly conducts studies on its development with a critical/constructive design.

"Now it's up to the broadcasters to deal with this well-founded criticism and act on proposals to avoid such bias in the future," Jupp Legrand further. At the same time, the foundation has warned against exploiting the results of the extensive empirical study that was conducted with great care and diligently and misuse them to discredit public-service new broadcasting in a generalised manner.

"The talk of the 'lying press' is just as irresponsible as the claim that mainstream media are all aligned," Legrand points out. According to the foundation, the confidence crisis of the media and their lack of credibility can only be overcome by a self-critical assessment of their current performance and published content. This also includes taking the central findings and relevant results of sincere media criticism into account.

Kim Otto and Andreas Köhler had already scrutinised the reporting practices about Greece in a previous study where the focus was on major German daily newspapers and Spiegel Online. These media also paid insufficient attention to some quality criteria according to the authors.