Building a satellite with artificial intelligence on board that is trained in space: For this project, Professor Hakan Kayal from Würzburg is receiving 2.6 million euros from the German Federal Ministry for Economic Affairs and Energy. 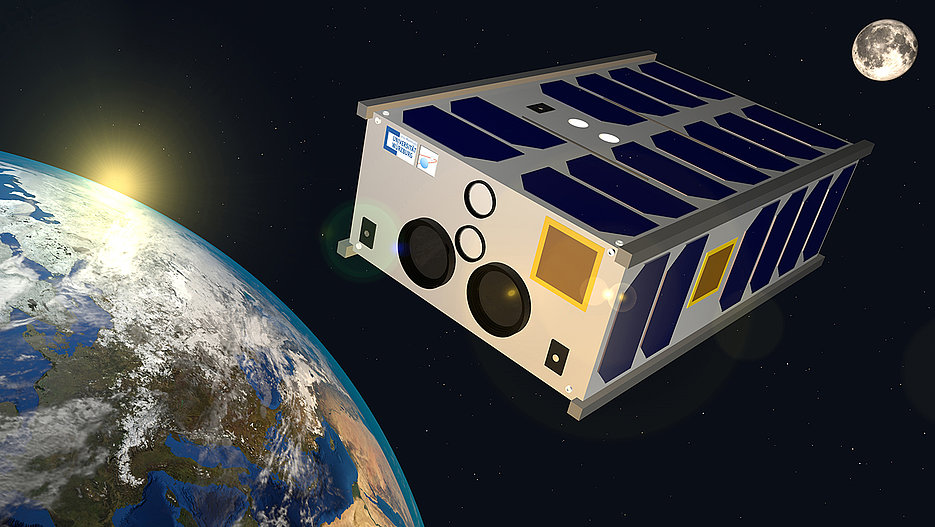 Suddenly, circular holes were visible on the surface of Mars that were not there before. On photos of Saturn's moon Enceladus, geysers were discovered that hurl powerful fountains of steam towards space. And on the images sent to Earth by the Mars rover Curiosity, structures were found that look like fossilised worms.

All these phenomena, some of which appear to be temporary, were discovered by chance. Or because humans took a lot of time to sift through the images from Earth's neighbouring planets. "Artificial intelligence technologies would make it much easier to detect previously unknown anomalies," says Hakan Kayal, Professor of Space Technology at Julius-Maximilians-Universität (JMU) Würzburg in Bavaria, Germany.

Science is still at the beginning

Using artificial intelligence (AI) in astronautics? According to Professor Kayal, science in this field is still in its infancy: "There are only a handful of projects on this."

If an AI is used to detect unknown phenomena, it must first be trained. It has to be "fed" with what is known so that it can recognise the unknown. "There are already satellites that are runned with AI. Their AI is trained on Earth and then sent into orbit. However, we have other plans: We want to train the AI on board of a small satellite under space conditions," says the JMU professor.

This project is challenging, but feasible: "Miniaturised IT systems are becoming more and more powerful. And we take our time for AI training. So a learning process in orbit can take several days."

Interplanetary missions as a long-term goal

But why transfer the training of the AI to space, to computers in miniature? Whereas it would be much easier to realise with mainframe computers on Earth? That's because Hakan Kayal has a clear vision of the future. He wants to use small satellites with AI not only to observe Earth, but also for interplanetary missions – to discover new extraterrestrial phenomena, perhaps even traces of extraterrestrial intelligences.

"As soon as you go interplanetary, communication with the satellite becomes a bottleneck," says the professor. With increasing distance from Earth, data transfer takes longer, "you can't keep sending data back and forth. That's why the AI must be able to learn independently on the satellite. And it must only report relevant discoveries to Earth."

Launch into orbit expected in 2024

Kayal's team around project leader Oleksii Balagurin will implement this technology on the small satellite SONATE-2 and test it in orbit. The Federal Ministry for Economic Affairs and Energy is funding the project with 2.6 million euros. The project began on 1 March 2021; the satellite is to be launched into orbit in spring 2024. The mission there is designed to last one year.

The small satellite from Würzburg will be about the size of a shoebox (30x20x10 centimetres). Its cameras will take pictures in different spectral ranges and will have the Earth in view. The image data will flow into the on board-AI, which will automatically recognise and classify objects. The technology will first be thoroughly tested around the Earth before it can possibly go on an interplanetary journey later. Hakan Kayal already has this future mission called SONATE-X firmly in his research plan – the X stands for extraterrestrial.

SONATE-2 will have other innovative and highly autonomous features on board. Compared to the predecessor satellite SONATE, the sensor data processing system will be further miniaturised and made more energy-efficient. In addition, there are new types of satellite bus components, such as improved star sensors for autonomous attitude control. The cameras will not only detect and record static objects, but also short, transient phenomena such as lightnings or meteors.

The SONATE-2 project is financed by the German Aerospace Center (DLR) with funds from the Federal Ministry for Economic Affairs and Energy (BMWi) based on a resolution of the German Bundestag (FKZ 50RU2100).

The new nano satellite SONATE-2 builds on a successful predecessor project, the SONATE satellite – also developed and built by Kayal's team, also funded by the German Federal Ministry of Economic Affairs and Energy. More about the mission.