Cluster of Excellence Takes Off

The universities of Würzburg and Dresden have officially celebrated their success in the Excellence Strategy. In the newly established Cluster of Excellence ct.qmat, they are jointly researching quantum materials.

Kick-off meeting of the Cluster of Excellence ct.qmat in the Fürstensaal of the Würzburg Residenz. (Image: Robert Emmerich / Universität Würzburg)

There are differences between the German cities of Dresden and Würzburg. Dresden is the state capital of Saxonia, has four times more inhabitants and offers much more historical splendour. The local dialect also stands out from the Franconian dialect spoken in Würzburg (Bavaria).

And there are things that connect Dresden and Würzburg. Both cities are situated in charming river valleys with a mild climate. And both have universities whose physics faculties are worldwide leaders in the field of topological materials.

Now the physics groups at Julius-Maximilians-Universität (JMU) Würzburg and Technische Universität Dresden (TUD) have joined forces: In the Cluster of Excellence "Complexity and Topology in Quantum Materials (ct.qmat)", they are jointly researching novel materials that could be of interest for information processing, energy supply and other technological applications.

In the Excellence Strategy of the federal and state governments, ct.qmat will initially receive 42 million euros in funding until the end of 2025. The Free State of Bavaria is supporting the Würzburg part of the research network with an additional 3.5 million euros.

The Bavarian-Saxon cluster started its work in January 2019. Now was the time to celebrate the success of the Excellence Strategy together. The kickoff event took place on 28th August 2019 in the Fürstensaal of the Würzburg Residenz, a UNESCO World Heritage Site. A delegation from Dresden, headed by the Rector Hans Müller-Steinhagen, arrived by bus.

Much support for young researchers

The audience in the Fürstensaal consisted mainly of doctoral students and postdocs – no wonder, since the Cluster of Excellence has also set itself the goal of promoting young scientists.

Four junior research groups, two of each at Würzburg and Dresden, will be established within the framework of ct.qmat. A "Quantum Matter Academy" will also be set up, where doctoral students will be optimally prepared for a career in science through additional course offers. The Hallwachs-Röntgen program promotes outstanding postdocs who conduct research at both locations. In addition, five new professorships will be established, three of them at JMU.

As a funding measure for young female scientists, the cluster will establish an international network of women researching in solid state physics. "The proportion of women in our field is not so high, yet" said Professor Ralph Claessen, Cluster spokesperson from Würzburg.

Cluster is clearly visible after only a short time

Claessen presented the Cluster of Excellence at the ceremony together with the Dresden spokesperson Professor Matthias Vojta. The audience learned from the two physics professors that 66 publications from the cluster have already appeared in renowned scientific journals since the beginning of this year.

The cluster is therefore very visible after a relatively short period of time. JMU President Alfred Forchel pointed this out in his welcoming address: According to him, the number of international students applying for Master's theses on cluster topics at JMU has increased significantly.

As TUD Rector Hans Müller-Steinhagen pointed out, ct.qmat is the sole cross-state excellence cluster: "We hope that we can set an exemplar for the scientific community in Germany". This is also a sign that two locations that are 370 kilometres apart can successfully conduct research together.

At the ceremony, Michael Mihatsch conveyed greetings and congratulations from the Bavarian State Ministry of Science and the Arts. At the end of the event, Professors Laurens Molenkamp, Roderich Moessner and Ronny Thomale offered insights into their fields of research. The meeting ended with a reception in the foyer of the Fürstensaal. 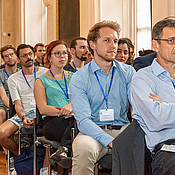 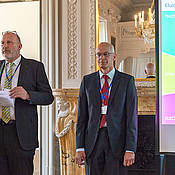 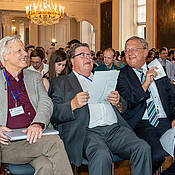 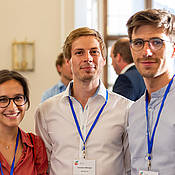 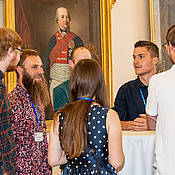 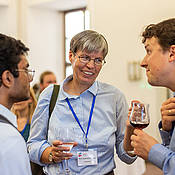 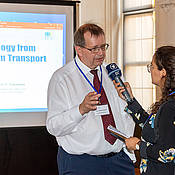 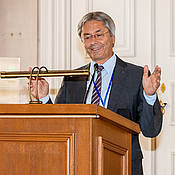 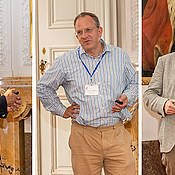