Pathogens can drive the evolution of social behaviour in insects. This is shown by researchers from Bern and Würzburg for ambrosia beetles. 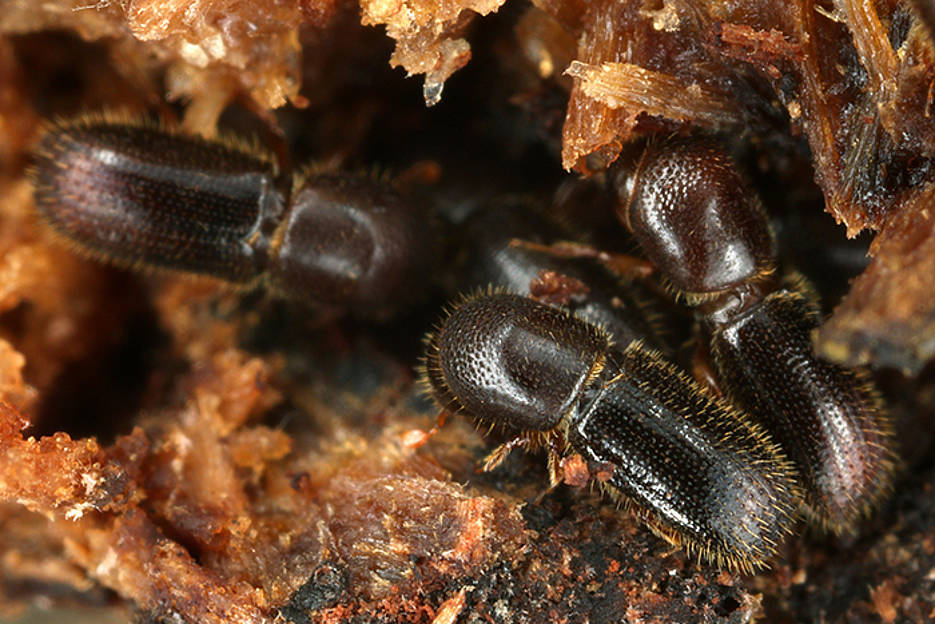 Ants and honeybees live together in nests of hundreds or thousands of individuals in a very small space. The risk of infectious diseases spreading rapidly is therefore very high.

In order to reduce the risk, the animals have developed special social behaviours. For example, they clean each other and thus keep their body surfaces free of dangerous pathogens. Additionally, they remove diseased members from the nest to protect their community.

Scientists speak here of a "social immune defence" and it was previously thought to have evolved with the state-building social insects. The finding that also more primitively social ambrosia beetles clean each other, indicates that social immunity has evolved already before.

This was reported by three scientists in the British journal Proceedings of the Royal Society B. The authors are Jon A. Nuotclà and Michael Taborsky from the University of Bern (Switzerland) and Dr. Peter Biedermann from Julius-Maximilians-Universität (JMU) Würzburg in Bavaria, Germany.

“Ambrosia beetles live in galleries dug out of wood, and the roles of group members are not as strictly defined as in the colonies of bees and ants”, says Jon Nuotclà, a PhD student at the Institute of Ecology and Evolution of the University of Bern, and first author of the study. Workers can decide on their own whether to help their mother to care for the brood and fungus plantation, or rather to emigrate and establish an own nest.

"In the evolution of social behaviour, ambrosia beetles are an intermediate stage between the solitarily and the socially living insects," outlines Peter Biedermann, a researcher at the JMU Biocentre. But when it comes to disease prevention, they apparently behave like social insects.

"Our experiments indicate that the defence against pathogens may be an important factor in the evolution of social behaviour," says Michael Taborsky, who supervised this study. If the scientists sprayed spores of the pathogenic fungus Aspergillus into the beetle nests, the workers showed enhanced cleaning of their nestmates.

“In fungus-laden nests, the beetles were also more inclined to serve the community: they then stayed longer in the nest to help raising sisters”, Taborsky explains.

As a next step, the researchers plan to investigate whether the saliva of the ambrosia beetles might contain antibiotic substances that kill the spores of Aspergillus fungi. It also remains to be studied how the beetles can prevent the development of resistance in pathogenic fungi.

Ambrosia beetles belong to the bark beetles that generally are not popular with the forest industry due to the economic damage they may cause. Their several thousand species are distributed worldwide. Ambrosia beetles infest dying or freshly dead trees and perform agriculture in their heartwood. The beetles are attracted by the alcohol exuded by these trees. They drill galleries into the stems and create ambrosia fungus plantations. These fungi serve as food for them and their larvae.

Pathogen defence is a potential driver of social evolution in ambrosia beetles. Jon A. Nuotclà, Peter H. W. Biedermann, and Michael Taborsky, Proceedings of the Royal Society B, December 2019, http://dx.doi.org/10.1098/rspb.2019.2332 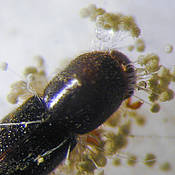