A funnel of light

Physicists of the University of Würzburg, in a joint collaboration with colleagues from the University of Rostock, have developed a light funnel apparatus. It could serve as a new platform for hypersensitive optical detectors. 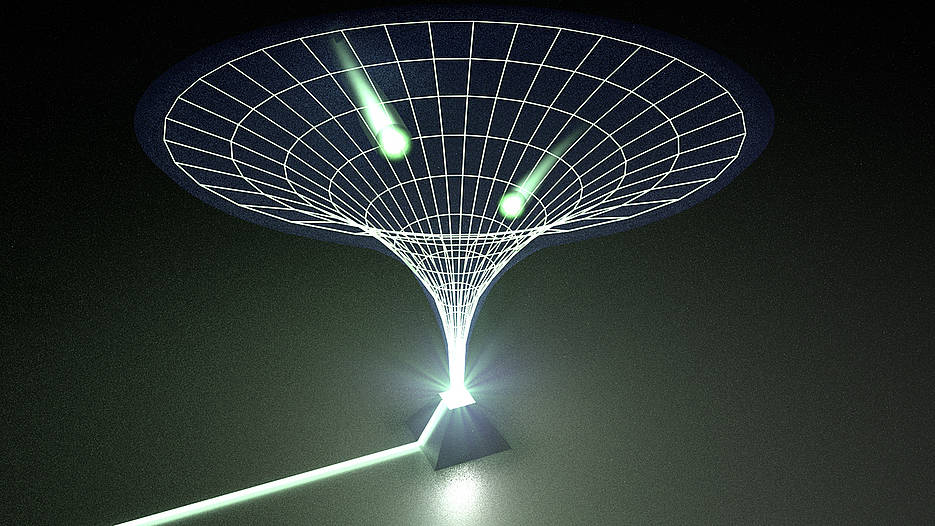 The figure shows how light is caught through the light funnel (Image: Universität Rostock / Alexander Szameit)

Professor Ronny Thomale holds a chair for theoretical condensed matter physics, the TP1, at the Julius-Maximilian University of Würzburg. The discovery and theoretical description of new quantum states of matter is a prime objective of his research. „Developing a theory for a new physical phenomenon which then inspires new experiments seeking after this effect is one of the biggest moments in a theoretical physicist’s practice“, so he says. In an ideal case, such an effect would even unlock unexpected technological potential.

All this has come together with a recent project which Thomale pursued together with the optical experimental group of Professor Alexander Szameit at the University of Rostock the results of which have now been published in the „Science“ magazine.

Spot landing in an optical fibre 10 kilometres of length

„We have managed to realise an effect we call a ‚light funnel’“, Thomale explains. Through this new effect, light in an optical fibre 10 kilometres of length can be accumulated at one specific point of choice in the wire. The mechanism underlying this phenomenon is the so-called „non-Hermitian skin effect“ to which Thomale contributed relevant theoretical work in 2019. Specifically, Thomale’s work has enabled the understanding of the skin effect in the framework set by topological states of matter.

Topological matter has evolved into one of the most vibrant areas of research of contemporary physics. In Würzburg, the field has been pioneered by semiconductor research by Gottfried Landwehr and Klaus von Klitzing (Nobel laureate 1985), which in the past decade was continued by Laurens W. Molenkamp.

Research on the topology of nature

The term topology originates from the old greek words for „study“ and „place“. Founded as a predominantly mathematical discipline, it has now broadly spread into physics, including optics. Together with other platforms of synthetic matter, they form the broader direction named topological metamaterials of which the researchers expect fundamental future technological innovation.

Here, physicists do not exclusively resort to materials and chemical compositions given by nature. Rather, they develop new synthetic crystals composed of tailored artificial degrees of freedom. With regard to the light funnel developed by Thomale and Szameit, the platform of choice is an optical fibre which conducts light along the fibre but at the same time allows for detailed spatially resolved manipulation.

„The light accumulation achieved by the light funnel could be the basis for improving the sensitivity of optical detectors and thus enabling unprecedented optical applications“, Thomale explains. According to Thomale, however, the light funnel is only the beginning. „Already at this stage we are working on many new ideas in the realm of topological photonics and their potential technological application.“

To Thomale’s conviction, Würzburg provides an excellent environment for pursuing this direction of research. This has recently manifested itself in the excellence cluster „ct.qmat“ which was jointly granted to the JMU Würzburg and TU Dresden. A major pillar of research of „ct.qmat“ centres around synthetic topological matter, which is strongly supported by the research done at Thomale’s chair TP1 in Würzburg.

The research team in Rostock around Alexander Szameit is constitutively integrated into „ct.qmat“. For instance, Thomale and Szameit jointly supervise PhD students financially supported through „ct.qmat“. „Already few months after its foundation, the synergies created by ct.qmat pay off, and demonstrate the stimulating impact of such excellence cluster on cutting edge research in Germany“, Thomale concludes. 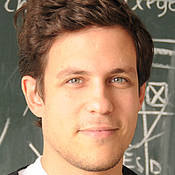