Studying the immune system: That is the goal of a new Max Planck Research Group at the University of Würzburg which is currently being set up.

The new Max Planck Research Group will be accommodated in rooms of the Institute for Pharmacology and Toxicology. (Photo: Josef Wilhelm)

With the cooperation agreement signed four years ago (in 2013), work in the laboratories is now picking up momentum: With the appointment of Professor Georg Gasteiger, the new Max Planck Research Group for System Immunology at the Julius-Maximilians-Universität (JMU) Würzburg in Bavaria, Germany, has officially commenced operations. Ultimately, the group is set to comprise three research teams and one junior research group.

Gasteiger is the director of one of the teams; he relocated to Würzburg on 01 June 2017 where he also took charge of the newly established Chair of System Immunology.

Moreover, the University enlisted Professor Wolfgang Kastenmüller to head a further Chair for System Immunology. He will move from Bonn to Würzburg in September 2017. The appointment procedure for the leader of a third Max Planck team is currently ongoing.

A holistic view of the immune system

What is the research focus of the Max Planck Group? Instead of examining individual aspects of the immune system, the team will pursue a holistic approach in order to study the system and its interactions with the organism as a whole. One focal area is the protection the immune system can provide against pathogens or cancer cells. Diseases triggered by the immune system such as multiple sclerosis or rheumatism are another research focus.

The Free State of Bavaria, the Max Planck Society (MPG) and the JMU have initially agreed that the new group will run over a period of five years. The Bavarian government contributes 25 million euros with the MPG providing the remaining two million euros.

Located on the Medical Campus

Ultimately, the group is set to comprise some 42 members. The teams will be accommodated in the rooms of the Institute for Pharmacology and Toxicology which provides some 1,500 square metres of laboratory and office space.

The site on the Würzburg Medical Campus has a number of advantages: It is home to several clinics and institutes that study immune cell regulation and work on immunotherapies against cancer and skin diseases which the Max Planck teams can ideally complement with their activities.

The Max Planck Research Group for System Immunology is an important part of the efforts to further promote non-university research at the Würzburg site. Only in May 2017, the Helmholtz Association and the University celebrated the establishment of their new joint Institute for RNA-based Infection Research (HIRI).

Statements of the presidents Stratmann and Forchel

The mission of the Max Planck Research Group for System Immunology is to study the immune defence and its impact on the body as a whole. "I am excited that we were able together with the University of Würzburg to recruit Georg Gasteiger and Wolfgang Kastenmüller, two scientists who will certainly promote this branch of research over the next years," Stratmann says.

JMU President Alfred Forchel adds: "The collaboration with non-university research institutes is of great importance for the University of Würzburg, because it helps to selectively strengthen and develop seminal areas of research at the Würzburg site." 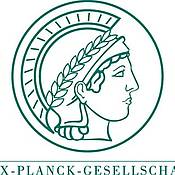