Scientists can now see how most proteins fit together in higher organisms. This information has been made freely available online. 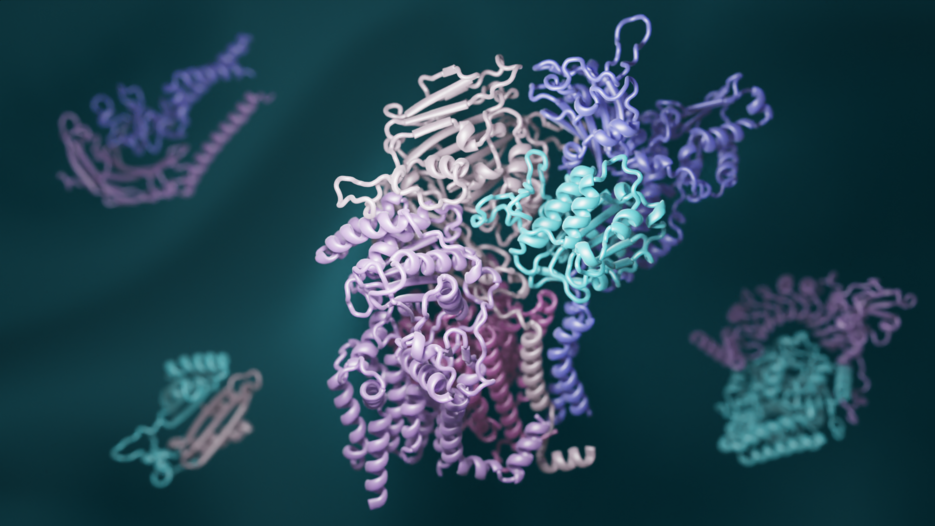 A team of biologists has combined recent advances in evolutionary analysis and deep learning to build three-dimensional models of how most proteins in eukaryotes interact. This breakthrough has significant implications for understanding the biochemical processes that are common to all animals, plants, and fungi. This paper will be published online by the journal Science on Thursday, 11 November, 2021.

“To really understand the cellular conditions that give rise to health and disease, it’s essential to know how different proteins in a cell work together,” said co-lead author Ian Humphreys, a graduate student in the laboratory of David Baker at the UW Medicine Department of Biochemistry in Seattle. “In this paper, we provide detailed information on protein interactions for nearly every core process in eukaryotic cells. This includes over a hundred interactions that have never been seen before.”

Proteins are the workhorses of all cells, but they rarely act alone. Different proteins often must fit together to form precise “complexes” that carry out specific tasks, including reading genes, digesting nutrients, and responding to signals from neighboring cells and the outside world. When protein complexes malfunction, disease can result. “This work shows that deep learning can now generate real insights into decades-old questions in biology —not just what a particular protein looks like, but also which proteins come together to interact,” said senior author Qian Cong, an assistant professor in the department of biophysics at the University of Texas Southwestern Medical Center.

To exhaustively map the interactions that give rise to protein complexes, a team of structural biologists from UW Medicine, University of Texas Southwestern Medical Center, Harvard University, and other several institutions examined all known gene sequences in yeast. Using advanced statistical analyses, they identified pairs of genes that naturally acquire mutations in a linked fashion. They reasoned that such shared mutations are a sign that the proteins encoded by the genes must physically interact. The researchers also used new deep-learning software to model the three-dimensional shapes of these interacting proteins. RoseTTAFold, invented at UW Medicine, and AlphaFold, invented by the Alphabet subsidiary DeepMind, were both used to generate hundreds of detailed pictures of protein complexes. “As computer methods become more powerful, it is easier than ever to generate large amounts of scientific data, but to make sense of it still requires scientific experts,” said senior author David Baker, a professor of biochemistry and an HHMI investigator at UW Medicine. “So we recruited a village of expert biologists to interpret our 3D protein models. This is community science at its best.”

A part of this village of expert biologists were Caroline Kisker, Professor of Structural Biology and Jochen Kuper, postdoctoral researcher in Caroline Kisker's research group at the Rudolf Virchow Center for Integrative and Translational Bioimaging at the University of Würzburg. They contributed their expertise in the field of DNA repair to rationalize the functional impact of a complex formed between Rad33 and Rad14 which assume essential functions in the nucleotide excision DNA repair pathway.

The hundreds of newly identified protein complexes provide rich insights into how cells function. For example, one complex contains the protein RAD51, which is known to play a key role in DNA repair and cancer progression in humans. Another includes the poorly understood enzyme glycosylphosphatidylinositol transamidase, which has been implicated in neurodevelopmental disorders and cancer in humans. Understanding how these and other proteins interact may open the door to the development of new medications for a wide range of health disorders.

The protein structures generated in this work are available to download from the Protein Data Bank Model Archives. The authors thank and remember John Westbrook at the Protein Data Bank for his support in establishing formats and software code to allow efficient deposition of the models into the archive; John sadly passed during the preparation of this manuscript.