The four NetSat satellites for formation flying were built in Würzburg and financed by the European Research Council with an Advanced Grant. The launch was supported by the Bavarian Ministry of Economics and happened on 28.9.2020. More detailed information: www.telematik-zentrum.de/netsat 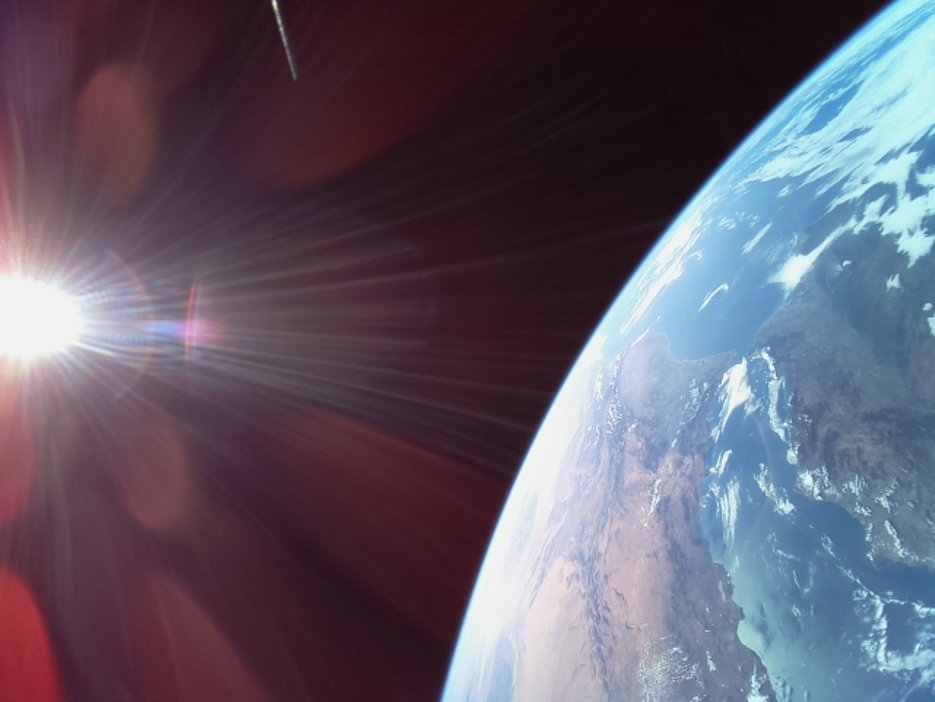 A photo of the earth from one of the Netsat satellites. You can see North Africa, Gibraltar and southern Spain. Illuminated by sunlight, one of the satellite’s UHF antennas can also be seen in the upper part of the picture. Courtesy: Zentrum für Telematik e.V., Würzburg

After the successful launch of the four NetSat satellites on 28.09.2020 and the commissioning of most subsystems, the camera systems on the satellites could now be activated. First promising photos show, among others, parts of the Mediterranean area (see pictures) and could thus prove the functionality of the system. Furthermore, this first technology demonstration lays the foundation for future Earth observation missions at the Center for Telematics such as TOM and CloudCT.

The NetSat project was featured on the title page of the Luft- & Raumfahrt magazine in its January-March 2021 edition.