William Stern has been one of the outstanding pioneers of psychology. We owe him, among other things, the development of the intelligence quotient, the tone variator, the first institute of applied psychology, and differential psychology. At only 38 years old, he received an honorary doctorate from Clark University. April 29, 2021 marks the 150th anniversary of his birth.

If one thinks of the outstanding pioneers from the early days of psychology, then William Stern's name must be mentioned in one of the first places. The intelligence quotient (IQ) he developed is known worldwide, and Stern is also said to have been one of the most internationally renowned psychologists during his lifetime.

Born and grown up in Berlin

William Stern was born on April 29, 1871, in Berlin, where he also attended the Gymnasium and subsequently studied psychology under the famous memory psychologist Hermann Ebbinghaus (1850-1909) in addition to philology and philosophy. When Ebbinghaus received a call to Breslau in 1894, William Stern soon followed him and habilitated there in 1897. Before that, Ebbinghaus's successor, the sound psychologist Carl Stumpf (1848-1936) had given him an important suggestion: Stumpf pointed out to Stern that Helmholtz (1821-1894) had already discovered that blown bottles were capable of producing relatively overtone-poor tones. Inspired by this finding, Stern developed an apparatus for psychoacoustic research at the University of Breslau, the Tone-Variator, which made it possible to produce any tone within an octave and to vary its pitch.

During his time in Wroclaw with Hermann Ebbinghaus, Stern also came into contact with the first attempts to measure intelligence. In 1897, Ebbinghaus was commissioned to measure the attention span of pupils during the school day. For this purpose, he developed the gap test that is still known today, an early predecessor of later intelligence tests. Perhaps it was this early involvement with the measurement of mental performance that led William Stern to propose an improved measure for the performance shown in an intelligence test: the intelligence quotient IQ, on April 19, 1912. Unlike Alfred Binet's (1857-1911) measure of intelligence age, Stern related this value to real life age and multiplied the result by 100. The intelligence quotient was developed and became popular worldwide.When Ebbinghaus was appointed to the University of Halle in 1905, William Stern was able to act as his successor at the University of Wroclaw. In addition to the development of the intelligence quotient, Stern did also significant work on differential psychology in Wroclaw, which ultimately led to the founding of this discipline. Together with his wife Clara Stern (1877-1948), they also conducted important research on child language development and recorded the development of their own three children Hilde (1900-1962), Günther (1902-1992), and Eva (1904-1992) in diaries.

In 1916, the year of the war, William Stern received an appointment to what was then the Colonial Institute in Hamburg, a forerunner of today's university, which he played a major role in founding in 1919. In just over a decade after the founding of the University of Hamburg, Stern succeeded in shaping a significant institute with 41 rooms from small beginnings. On the occasion of the XII. Congress of the German Society of Psychology in Hamburg in 1931, he proudly reported on the "present external and internal shape of our institute" and emphasized that it "...in a certain sense is regarded as an illustrative example, because [...] in it the three great tasks of our science: research, teaching and application are cultivated evenly and in close connection..." (Stern, 1931, p. 182). Only two years after William Stern published this, despite all his merits, he was deprived of his office by the National Socialists through the trivially named "Gesetz zur Wiederherstellung des Berufsbeamtentums (Law for the Restoration of the Professional Civil Service)" solely because of his Jewish faith and he was forced into emigration. After a stay in the Netherlands, William Stern found a new place of work at Duke University in Durham, which he filled until his death in 1938.

The rescue of the remaining apparatus by Prof. Erich H. Witte

Due to the Second World War and the resulting destruction of Hamburg, as well as the reconstruction years and the changes usual at universities, not too many contemporary testimonies of the once large Stern Institute have survived. The fact that there is nevertheless a small collection of apparatus from Stern's laboratory is largely thanks to Prof. Erich H. Witte, who rescued them from a container before they were disposed of. A few years ago, Prof. Witte gave these apparatus to the Adolf Würth Center for the History of Psychology at the University of Würzburg, where they have been expertly restored and have since been kept under climate control for future use. Some of these apparatuses have already been shown in the Adolf Würth Center's exhibition "Carl Stumpf (1848-1936) and the Beginnings of Gestalt Psychology." On the occasion of Stern's 150th birthday, we have now scanned all the apparatus in 3D and are making them available online here. Insofar as they can be assigned in original photographs to Stern's material room for experimental arrangements or to the rooms of the precision mechanics workshop of Stern's institute, they have been linked directly to the corresponding photographs.

Two contributions from WDR ZeitZeichen worth listening to

Westdeutscher Rundfunk has already reported twice on William Stern in the series WDR ZeitZeichen. Once on the occasion of his 120th birthday in 1991 and another time on the occasion of the centenary of the intelligence quotient in 2012. Both episodes featured the psychologist Prof. Werner Deutsch from the University of Braunschweig, who worked intensively with William Stern over many years of his life and whose estate is also preserved by the Adolf Würth Center. We make both radio reports available here with the kind permission of WDR ZeitZeichen:

WDR ZeitZeichen 2012 on the occasion of the centenary of the development of the intelligence quotient.  (Source: WDR ZeitZeichen)

other objects from the Stern Institute: 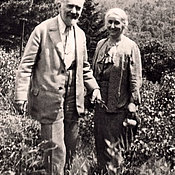 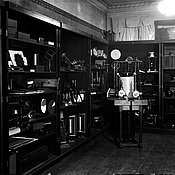 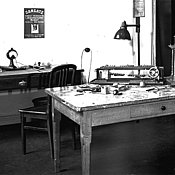 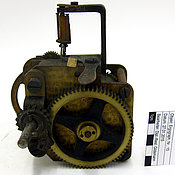 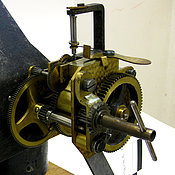