As a consequence of its long history, the buildings and facilities of the University are distributed over the entire city. Thanks to the Semester Ticket and the generally efficient bus and streetcar services for university locations, however, this does not pose a problem. Moreover, the moderate size of Würzburg makes it easy to get around by bicycle.

Yet some University Centers have formed over the years as well, such as the Medicine Campus in the city district of Grombühl, the botanical facilities at Dallenberg, or, literally above all, the extensive Hubland Campus. It is situated on a hill on the edge of the city, with the best view of downtown Würzburg.

The Hubland Campus is home to the University Library, the Computer Center, and many individual institutes, as well as the University Sports Facilities, the Mensa (Student Dining Hall), and a number of dormitories. And of course, the generous grounds of the campus are not only used for outdoor studying, but also for playing volleyball, jogging, or simply partying.

In 2009, the Hubland Campus area increased by approximately 100 acres. A Center for Didactics and Language Education, as well as a Center for the Theoretical Natural Sciences and other institutions have been created in this new Campus Nord there since then.

Due to the long tradition of the University, quite a number of classes are held in historical buildings. The Law School, for instance, is housed in the renovated Old University directly in the city's center, and the 19th-century institutes lining Röntgenring are further monuments to the University's successful history. Many Nobel Laureates, among them Wilhelm Conrad Röntgen, Walter Nernst, or Klaus von Klitzing, have worked here. And not too many students in Germany are able to claim that they attend lectures in a magnificent palace that has UNESCO World Heritage status - a part of the Würzburg Residence is reserved for university use.

Which does not mean that studying in Würzburg only takes place in time-honoured, but somewhat inadequate structures. Medical students will find the University's Operative Center state-of-the-art. And construction on the new Computer Science building, the Sports Center, and the Institute of Pharmacy at Hubland was only completed a few years ago as well. It is precisely this harmonious blending of modernity and history that makes Würzburg such an attractive place of study! 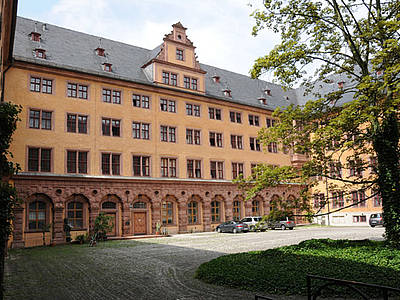 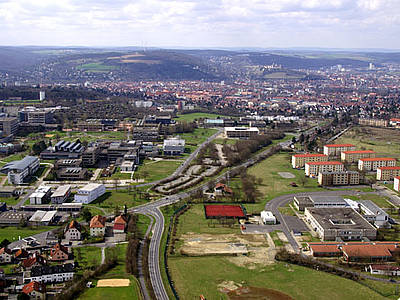 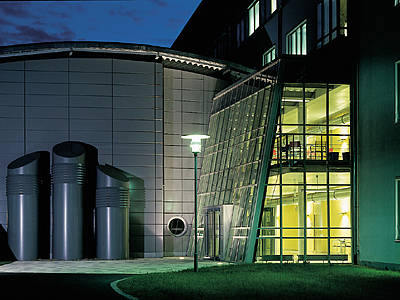