Würzburg among world leaders in chemistry

In life and natural sciences, the University of Würzburg is one of the top 100 institutes of higher education in the world. In chemistry, it even sits proudly in 37th place. This is the result of a current ranking of the world’s leading universities. 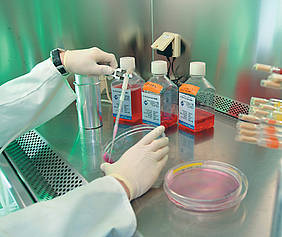 Shanghai Jiao Tong University has been publishing the Academic Ranking of World Universities, or the Shanghai Ranking for short, on a regular basis since 2003. Using a series of criteria, it sets out to identify which are the best universities in the world. Since 2007, the researchers have also been differentiating between subject groups. In the 2009 Ranking, which has just come out, the University of Würzburg does superbly again. The results:

A top spot internationally in chemistry

Within natural sciences, Würzburg’s chemistry department is ranked 37th among the leading universities in the world. In Europe, the chemists sit in 7th place and in Germany even in second place.

Owing to the methodical approach of the Shanghai Ranking, the excellent performance of Würzburg’s chemistry department is particularly noteworthy given that the Ranking compares performance parameters for the universities, such as the number of Nobel Prize winners and the quantity of publications in quality journals, predominantly in absolute terms, in other words without taking into account the comparative size of the universities. This means that larger departments automatically have a clear advantage.

In the only size-independent criterion, the percentage of publications in top journals, Würzburg achieves the highest rating of all German universities. In Europe, only six universities fare better than Würzburg in the field of chemistry. These are the Technical University of Munich, Cambridge, Oxford, Imperial College London, ETH Zurich, and Louis Pasteur University in Strasbourg.

In the global comparison, the University of Würzburg achieves a very creditable overall placing somewhere between 101 and 150 in the current Shanghai Ranking, as in previous years. The authors no longer list universities consecutively in this band. In Germany, the university even manages a spot among the ten best universities, coming in at number 8.

In respect of basic research in life and natural sciences, Würzburg is one of the world’s 100 leading universities and one of the best 30 in Europe. Incidentally, more than half the “Top 100” in these areas can be found in the USA. Seven German universities have made it onto this list in natural sciences: both Munich universities, Würzburg, Heidelberg, Mainz, Bonn, and Frankfurt. There are six in life sciences: Munich twice again, Würzburg, Göttingen, Fribourg, and Tübingen.

The University of Würzburg is therefore one of only three German universities to have been placed outstandingly highly internationally in both areas of basic research.

The Academic Ranking of World Universities

University researchers at Shanghai Jiao Tong University developed the Shanghai Ranking with the aim of measuring the quality of Chinese universities against their international counterparts. Placings are awarded on the basis of five criteria:

• Total number of articles that have been listed in the Science Citation Index - Expanded or the Social Sciences Citation Index within a defined period.