Waste land in the 19th century

What connects apocalyptic poetry from the 19th century to the works of Quentin Tarantino? What does it have to do with films about the end of time, such as “I am Legend”? Professor of English Studies, Ralph Pordzik, from the University of Würzburg explains all in a new study. 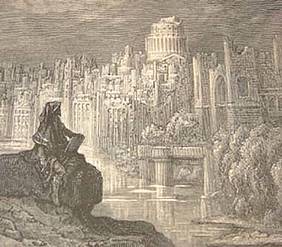 Man’s fears in relation to nuclear power, genetic engineering, climate change, and other developments have been reflected many times over in books and films. One example is the movie “I am Legend”: mankind has been almost wiped out by a genetically modified virus; the hero of the story roams through a deserted Manhattan overgrown with plants, his dog by his side.

The roots of disaster movies and apocalyptic films like this one lie in the 19th century, according to Professor Ralph Pordzik. “In Great Britain at that time many literary figures were preoccupied with similar scenarios,” he says. Numerous apocalyptic poems were composed during this period. These deal, for example, with life in ruined cities or with the last person on Earth.

Biblical apocalypticism as the starting point

Why did poets back then focus increasingly on the downfall of civilization? The background to this was the apocalypticism portrayed in the Bible: this describes the end of history and the beginning of the thousand-year kingdom of God. Before this time can dawn, evil forces have to be subdued time and again. Illness, violence, and destruction are rampant in the world. “The apocalypse was discussed heavily in the 19th century, and religious education was one reason for this. It was used as a warning to be on the right side when the kingdom of God comes,” explains Pordzik.

At the same time, however, people were moving further and further away from religion in those days. This was also evident in literature. “From 1850 onwards, many poets expressed a growing ironic detachment from the idea of the apocalypse,” explains the Würzburg professor. Many had come to the realization that the Biblical notion of the end of the world was pure fiction, that it had been modified and edited increasingly as newer texts appeared. Why then shouldn’t they too play around with this literary material?

The Tarantinos of the 19th century

So, for purely literary reasons, poets began to mix Biblical images with motifs from apocalypticism in antiquity and in other cultures. “They basically did exactly what Quentin Tarantino does today in his films,” says Pordzik. The US director also blends numerous motifs from other films and, in so doing, creates an ironic detachment from the scenes of violence, as in the flick “Kill Bill”, for example.

Old notions of the end of the world, such as the resurrection of the dead and God’s universal judgment, were largely shelved. In their place, the poets turned to visions of political decline and images of national disasters and of a future life amid ruins. “Apocalypticism was transformed into the idea of a ‘waste’ land, so to speak,” explains Pordzik. This trend reached its lyrical climax in the 20th century, most notably in T. S. Eliot’s famous poem from 1922, “The Waste Land”.

Novels and films pick up the motifs

The poetry of the 19th century played a major role in helping to define the disaster scenarios that still abound today – this is Pordzik’s core message. From the end of the 19th century, the apocalyptic images painted by the poets first lived on in novels, such as “The Time Machine” by Herbert George Wells and Richard Jefferies’ “After London”.

With the advent of film, the stories were then retold and revised using this medium. “And still today the spectacular images of the end of the world that first emerged in 19th-century poetry are exploited endlessly in blockbusters like Deep Impact and The Day After Tomorrow,” comments Pordzik.

First systematic analysis of the poetry

To date, only a few academic essays have been published on the apocalyptic poetry of the 19th century. These deal primarily with the major poets of the Victorian era: Alfred Lord Tennyson, Matthew Arnold, and Robert Browning. Ralph Pordzik is the first person to have examined the poems systematically, setting them in the cultural and literary context of their time. Students were also involved in this project, as the professor spent several semesters discussing the poems in seminars too.

Sample of the study in “Anglia”

Pordzik’s study, “Victorian Wastelands. Apocalyptic Discourse in Nineteenth-Century Poetry”, is scheduled for publication in March 2012. It will be brought out as an English-language book by Universitätsverlag Winter in Heidelberg. But for anyone who cannot wait until then, an abridged preprint of one chapter has already appeared in the journal “Anglia” (volume 128.3, 2010). 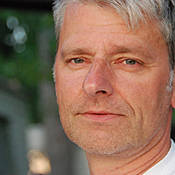