Patients suffering from chronic diseases frequently pin their hopes on supposedly herbal remedies. Pharmacists from the University of Würzburg have now analysed such a 'miracle drug' – with alarming results. 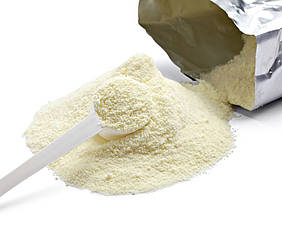 A brownish powder pre-packed in small daily-dose sachets and without a patient information leaflet of course: A woman recently contacted Professor Ulrike Holzgrabe, Chair of the Department of Pharmaceutical and Medical Chemistry at the University of Würzburg, with a request regarding this allegedly 100% herbal miracle drug. The woman, who was suffering from rheumatism, told the chemistry professor that she regularly obtained the medicine from a Vietnamese seller near Ho Chi Minh City and that she sometimes even travelled to Vietnam to buy the product there for a few dollars. She thought the medicine was worth the long journey, as it helped her excellently unlike the other drugs a German physician had prescribed her. However, she was curious to learn about the exact composition of this substance and hoped that the University of Würzburg would be able to help her.

Plenty of cinnamon and pharmaceutical agents

An easy task for the labs at the Institute of Pharmacy and Food Chemistry. "In a first step, we investigated the sample microscopically," Ulrike Holzgrabe recalls. She and her colleague, Dr. Gabriele Gresser from the Department of Pharmaceutical Biology, mostly found cinnamon bark components under the microscope. They were not able to identify further herbal elements as the powder was very finely ground.

"So in a second step, we examined the powder in greater detail using mass spectrometry and magnetic resonance spectroscopy," the professor recounts. These methods provided clear evidence: "The sample mainly consisted of four components: Paracetamol, Indometacin, Sulfamethoxazole and Trimethoprim“, Holzgrabe says. Or in other words: The miracle drug from Vietnam contained a painkiller, a non-steroidal anti-rheumatic agent and an antibiotic. In subsequent investigations, Holzgrabe and her PhD student Johannes Wiest also found phosphate and another element, however, in such low concentration that they were unable to identify it.

But the scientists were still curious after this first analysis: "We wanted to know the concentration of these substances in a daily dose of the powder," Holzgrabe explains. The result was equally astonishing: in one sachet holding 2.6 grams of powder the analysis revealed 863 milligrams of Paracetamol, 262 milligrams of Sulfamethoxazole and 42 milligrams of Indometacin. The Trimethoprim content could not be determined exactly as the concentration was too low. For comparison: The recommended daily dose of Paracetamol is about 300 to 1000 milligrams, that of Indometacin between 25 and 100 milligrams; Sulfamethoxazole is prescribed in doses of 200, 400 or 800 milligrams and Trimethoprim in 40, 80 and 160 milligrams.

Scientist warns against taking the drug

"The powder contained all these substances in pharmacologically active doses. In so far, it is not surprising that the rheumatism patient was satisfied with the powder's effectiveness," Holzgrabe sums up the result of her research. From a medical point of view, however, she strongly advises against taking the powder – and that for a number of reasons:

"Taking antibiotics on a permanent basis is dangerous. It increases the risk that resistant strains develop which are difficult to treat," she warns and points out that the painkiller Paracetamol is not appropriate to treat rheumatism as it has no anti-inflammatory effect. The professor further cautioned against possible interactions between the different substances and the side effects that could cause. According to her, there is also the risk of overdosing the medicine, as many patients take the drug on top of their regular prescriptions, thinking its 100% herbal. Indometacin is the only substance which the pharmacologist does not condemn entirely: "It can be used to treat rheumatic diseases, even though it is no longer the first choice of therapy today," she says. However, that does not change the fact that all ingredients except for Paracetamol are prescription drugs in Germany.

Produced illegally and banned in Germany

"We frequently hear of such supposedly herbal miracle medicines," Ulrike Holzgrabe says. They come as counterfeit Traditional Chinese Medicine (TCM) or a mixture of plants that contain chemically defined pharmaceutical substances. The name "Herbal Viagra" is used frequently in this context. "Its effect, however, is nearly always due to the typical active agents Sildenafil, Tadalafil, Vardenfil or derivates of these substances," the scientist explains. She warns against taking these drugs, too: "Usually, the structurally related 'Viagra' derivates have never been submitted to any toxicological tests." Quite apart from the fact that all these substances are illegally produced medicines or counterfeits. And purchasing such drugs is illegal in Germany.