When a patient has lost his ability to communicate with his environment, is it possible that he might have retained some level of consciousness? And which technique could assist him in expressing his requests or thoughts? These questions are to be tackled by a new research network coordinated by psychologist Andrea Kübler. 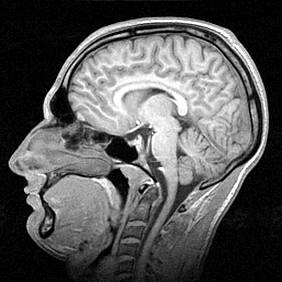 Only a few weeks ago, a study in this area caused a sensation: In a research project involving the examination of 54 patients with consciousness disorders, medical scientists of the universities of Liège and Cambridge detected that – after some training – five of the patients were able to control their brain activity in a way as to enable them to communicate yes-or-no answers with the help of a computer. In two of these cases, the patients were previously assessed to be in a comatose state, i.e. without consciousness.

"It is a regrettable fact that in patients that can no longer be reached through conventional means of communication, there is a high rate of misdiagnosis concerning their degree of consciousness," says Andrea Kübler. Andrea Kübler is professor of intervention psychology at the University of Würzburg. In recent years, she has focused her research on people who have lost their ability to speak or even to move in the wake of an accident or disease so that they can no longer communicate on their own. Among other things, Andrea Kübler develops and tests techniques that are envisioned to assist such patients in reestablishing contact with their environment.

Now she can expand her work in a European research project which will be funded by the EU with altogether 2.9 million euros over the next three years. About 400,000 euros of this money will be allocated to Würzburg. The project includes research facilities from Italy, Belgium, Great Britain, Austria, France and the Netherlands. It will be managed and coordinated by Andrea Kübler.

"The project combines two fields of research that have previously been separate from each other," explains the Würzburg psychologist. The first part of the work is to develop an easy-to-operate "tool kit" which enables the hospital staff to determine with the greatest possible accuracy whether or not a patient has retained some consciousness. The basic concept of this tool has already been developed: "The patient is presented with certain sounds in combination with various instructions while the response of his brain waves is monitored," explains Andrea Kübler. The measured response allows conclusions on the existing degree of consciousness.

This procedure is not new – "but it has not yet been translated into clinical practice," says Andrea Kübler. Therefore, the research network has the objective to refine and improve this method so that it can even be applied by laymen.

The second part of the work inevitably follows from part one: "What are we going to do if we detect a patient who has actually retained some degree of consciousness, but is no longer able to express himself?" asks the Würzburg psychologist. Ideally, he should be given the possibility to communicate with his fellow people despite his limitations.

There is a technique for this; the buzzword for the corresponding technology is "Brain Computer Interface". This somewhat sounds as if a computer is just connected to the human brain and then directly reads the thoughts, but the actual process is a bit more complicated.

Using electroencephalography for measuring the brain waves, and by means of further imaging techniques and suitable software, people can – after some training – dictate a text to the computer, write e-mails or surf the net just with the power of their thoughts. Yes, even pictures can be drawn with this technique.

In simplified terms, this works as follows: For instance, the computer presents a series of letters to the patient and recognizes which letter the patient is concentrating on by analyzing the response of the brain. Or: To answer with "Yes", the patient pictures a certain movement in his mind, e.g. playing tennis. If he wants to communicate a "No", he imagines a spatial object, e.g. his flat. Since the imagination of movement and spatial visualization involve the activation of different brain areas, the computer is able to determine what is meant.

"It is our objective to simplify this technique in such a way that it can be used without any great effort or training requirement," says Andrea Kübler. To be sure, the patient will no longer be able to compose extensive texts; however, the simply structured brain computer interface will enable him to answer questions with "Yes" or "No". And this can be of great help in clinical practice – just consider the possibility to determine whether the patient is feeling any pain.

"In our research project, we will develop the diagnostic options and modify the brain computer interface in a way that it can be handled by physicians, nurses, relatives and patients," says Andrea Kübler, summarizing the project for the next three years. The final objective is to enhance the current practice of diagnosing patients who have lost their ability to communicate. At the same time, these patients shall be given an immediate means of communication if this is deemed possible on the basis of the diagnosis.