Award for biophysicist Rainer Hedrich from the University of Würzburg: the European Research Council has given him a grant of 2.5 million euros for his work. Hedrich intends to use this money to acquire new knowledge about carnivorous plants. 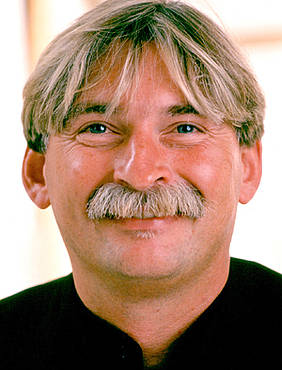 There are more than 600 species of plants in the world that possess special traps for catching and digesting animals. The Venus Flytrap is probably the best known: when an insect crawls around on its leaves, it snaps shut, takes the animal captive, and digests it. This represents a source of additional nutrients for the plant.

“Ever since the days of Darwin the science world has been interested in carnivorous plants,” says Professor Hedrich. Yet, he continues, there are still many gaps in the research. Hedrich’s team of ten bioinformaticians, molecular biologists, chemists, and biophysicists are aiming to change all this.

Analysis of the genetic material of the carnivores

Which senses do these carnivorous plants use to detect their prey? What triggers the movements they make to snare the animals? How are the digestive glands structured, and how do they work? These questions and more are set to be answered. For this project the scientists will work with the Venus Flytrap and six other carnivorous plant species.

The Würzburg researchers are planning to analyze the genetic material of the main types of trap and to take a closer look at genes that are only active in the traps. They are hoping that a comparison between the various plant species will provide clues as to the evolution of this special diet. “The resulting model should also help us gain a better understanding of the evolution of the human nervous and hormonal systems,” explains Hedrich.

A total of eleven German life scientists, including Rainer Hedrich, have been awarded the distinguished European research prize known as the ERC Advanced Grant. Throughout Europe, 236 scientists have been honored. The project applications faced stiff competition and were subjected to lengthy review processes.

This is the second time that the European Research Council has held a competition for ERC Advanced Grants. The first time around, in 2008, there was also a Würzburg professor among the prize-winners: biomedical scientist Martin Lohse.

Rainer Hedrich was born in Frankfurt am Main in 1957. He studied biology in Darmstadt and Göttingen, before obtaining his doctorate at the Max Planck Institute for Biophysical Chemistry in Göttingen. There he was a member of Professor Erwin Neher’s team, which received the Nobel Prize in 1991 for the invention of the patch clamp technique. Hedrich refined this technique for use on plant cells, managing to prove, for the first time, the existence of ion channels in plants.

In 1991, Rainer Hedrich was appointed head of the Department of Biophysics at the University of Hanover. From there, in 1996, he answered the call to join the Würzburg Department of Botany I “Molecular Plant Physiology and Biophysics”. He has already received several awards for his breakthroughs in research. In 2001, for example, he and four other scientists were presented with the renowned Körber European Science Award. 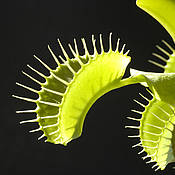