At present, cell biologist Ulrike Kutay still works at ETH Zurich (Swiss Federal Institute of Technology). Now she has received the highest-endowed international research award in Germany. Thus, Kutay is soon to continue her studies as Alexander von Humboldt professor at the University of Würzburg. 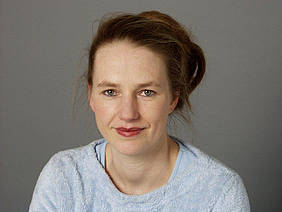 Five million euros: This is the amount of funding granted to Alexander von Humboldt professors for their work. The money comes from the budget of the German Federal Ministry of Education and Research. With this award, the Alexander von Humboldt Foundation honors outstanding academics working outside Germany. The award winners can use the money to set up their own study group and pursue their research at a university of their choice in Germany.

In this way, German universities are given the opportunity to recruit international top researchers from abroad and offer them competitive framework conditions and a long-term perspective for their work in Germany.

Life and career of Ulrike Kutay

Ulrike Kutay was appointed assistant professor at the Institute of Biochemistry of ETH Zurich on 1 October 1999. Since 1 January 2006, she has worked there as an associate professor. She was born in Potsdam in 1966 and studied biochemistry at the Humboldt University and at the Free University of Berlin. After finishing her degree thesis at the Max Planck Institute for Molecular Genetics, she did her doctorate at the Max Delbrück Center for Molecular Medicine and at the Harvard Medical School in Boston, USA. The subject of her dissertation was the integration of proteins in cellular membranes.

She conducted her postdoctoral research at the Center for Molecular Biology of Heidelberg University, examining transport processes between cell nucleus and cytoplasm. At the moment, she is still involved in this research field at ETH Zurich. In her other special field of interest, she performs examinations on the dynamics of the nuclear envelope during cell division.

Every year, the Alexander von Humboldt Foundation awards up to ten Humboldt professorships. The prize money – five million euros for researchers working in experimental disciplines and 3.5 million euros for theoretical disciplines – is mostly allocated to the set-up of research teams and the procurement of laboratory equipment, but it is also used to offer the researchers an internationally competitive salary. The universities commit themselves to integrate the researchers and their teams into an overall concept, which provides the award winners with a long-term perspective in Germany.

Every year, the Humboldt Foundation enables more than 2,000 academics from all over the world to conduct their research in Germany. To date, the foundation maintains a global network of more than 24,000 Humbold scholars across all disciplines in more than 130 countries – among them 43 Nobel Laureates.