The Immune System: How it is Regulated

Asthma, diabetes, rheumatism: Such diseases can arise when the immune system does not work properly. Researchers from the Universities of Würzburg and Mainz have discovered new findings about the regulation of the immune defense. 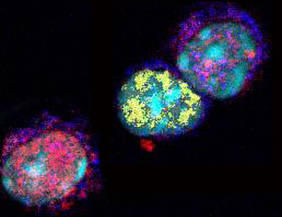 A difficult task: The immune system needs to differentiate between the body's own components and foreign agents. It has to fight pathogens and tumor cells, while at the same time refraining from attacking its own organism. If it mistakenly does target body tissues, this gives rise to so-called autoimmune diseases. These include rheumatism, certain types of diabetes or a skin condition, called psoriasis, to name a few examples.

In order to keep a healthy balance, the immune system needs to control the activity of its numerous components in a very precise way. The regulatory T cells play a major role in this process. The fact that these cells suppress any faulty activation of the immune system has been known for just about ten years. In patients with autoimmune diseases, there is a shortage of these cells while in cancer patients there are often too many of them.

What do these cells do, how do they control the immune response? Many scientists around the globe would like to find out – this is because the regulatory T cells are interesting targets for new therapies. For instance, there is hope that a better immune response against cancer can be achieved if these cells are temporarily switched off or the symptoms of autoimmune diseases might be alleviated by activating the cells.

The characteristics of regulatory T cells are also examined by the study group of Professor Edgar Serfling at the Institute of Pathology of the University of Würzburg. Together with scientists at the University of Mainz, the Würzburg researchers discovered an interesting fact in 2007: Regulatory T cells can communicate with "normal" T cells of the immune system by creating small connecting tunnels between them and pumping the chemical messenger cAMP into the latter.

In response to this, the "normal" T cells stop dividing and halt the production of pro-inflammatory substances. This slows down the activity of the entire immune defense, which is a quite desirable effect in case of an autoimmune disease.

How exactly do regulatory T cells switch off normal T cells? This is described by Würzburg and Mainz researchers in a current study published in the scientific journal PNAS. In the normal T cells, the transmitted chemical messenger cAMP causes an increased production of a protein that suppresses a large number of genes. "This also includes the NFATc1 gene and consequently the production of pro-inflammatory interleukins is stopped," explains Professor Serfling.

This newly discovered process represents a very important step in the regulation of the immune system. Next, the scientists are going to clarify further molecular details. Their findings might contribute to the future development of new treatments for autoimmune diseases and cancer.

Results as a product of a Collaborative Research Center

The results were obtained within the joint project of the Collaborative Research Centre (CRC) Transregio 52, titled "Transcriptional Programming of Individual T Cell Subsets". The Würzburg researchers Martin Väth and Josef Bodor were the driving forces behind the publication. They were provided assistance at the Institute of Pathology by Friederike Berberich-Siebelt and Edgar Serfling.

Edgar Serfling is the spokesperson for this CRC initiative, in which the Universities of Würzburg and Mainz cooperate with the Charité Universitätsmedizin Berlin. The German Research Foundation has funded the CRC since July 2008 with a grant of about 12 million euros, allocated over an initial period of four years. 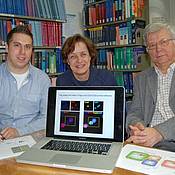