Plastics-based electronics are becoming more and more prevalent in everyday life. Yet, the fundamental processes behind them have only partly been understood to date. Now, physicists from the University of Würzburg have succeeded in taking an important step towards understanding the complex properties of these components. 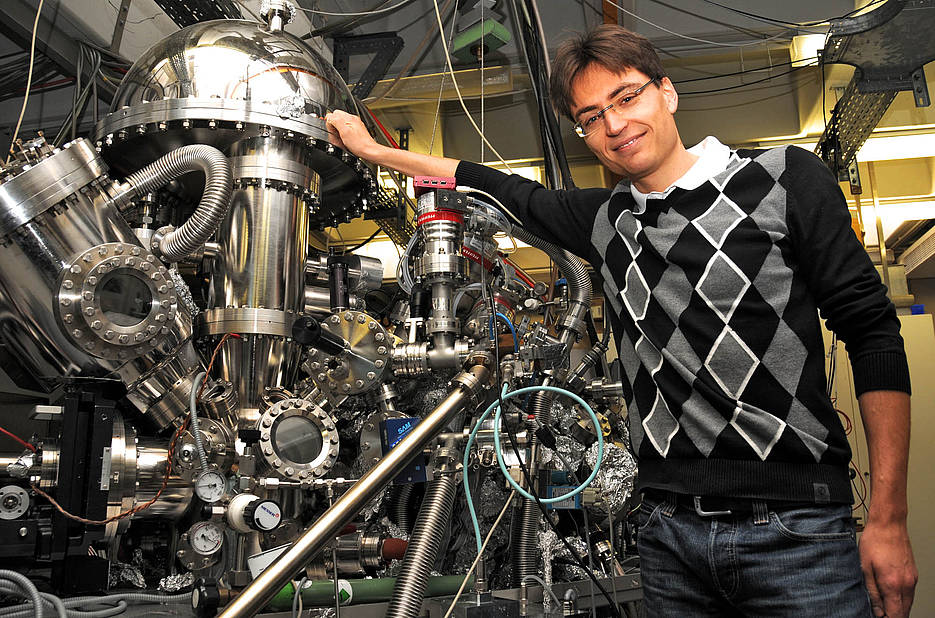 It is quite possible that anyone who owns a Smartphone will come into daily contact with what are known as OLEDs – organic light emitting diodes. These work by having two electrodes, which form the cathode and the anode, and usually several layers of organic materials sandwiched between them, which are capable of emitting light.

Where plastics-based electronics are used

OLEDs are found in Smartphone displays, flat screens, and modern light bulbs. However, plastics-based electronics can also take the opposite route and convert light into electricity in photovoltaics; they can also be used in integrated circuits, such as RFID chips.

“Electronics based on thin plastic films are cost-effective, efficient, and can be manufactured comparatively easily using simple printing processes,” is how Marc Häming describes the advantages of what are sometimes referred to as “plastic electronics”. Häming is a Research Associate in the Department of Experimental Physics 7 at the University of Würzburg and in the joint research laboratory shared with the Karlsruhe Institute of Technology (KIT). He has taken a closer look at the physical processes in such components in collaboration with the head of the department, Professor Friedrich Reinert, and outside lecturer Dr. Achim Schöll.

The team’s findings appeared recently in the Physical Review B journal published by the American Physical Society. What is more, the publishers recommended the article to their readers as the “editor’s suggestion” – an accolade that is only awarded to one in twenty or so publications.

Important effects at the interfaces

“In terms of the properties of these electronic components, the interfaces between the different layers play a major role,” explains Marc Häming. For example, they have a direct impact on the charge transfer between the layers, the light yield of OLEDs, and the generation of electrical charge in solar cells. Scientists have examined the electronic structure of such interfaces with the help of photoelectron spectroscopy, among other things. To date, there have been three rival explanation models for the effects that they have measured. “We therefore conceived a layer system that would enable a direct comparison of different samples,” says Häming. By adopting this approach, the group managed to identify a dominant physical effect and to describe it using a comparatively simple model.

The trick: “We inserted a very thin layer of a particular dye, only one molecule thick, at the interface between a metal contact and a layer of plastic,” explains Häming.  This led to major changes in the interfacial properties.

A model system for research and development

What makes the work so interesting as well is the fact that the Würzburg physicists have developed a model system with which “central aspects of the interaction at the interfaces can be examined in detail,” as Häming says. The properties of the interface can be controlled systematically by choosing materials accordingly. How exactly? This is what the scientists now aim to answer with their new studies.

The work performed in Würzburg will not have any immediate or direct impact on the development of new mobile phone displays or solar cells. “What we do is basic research. Our concern is to understand and describe physical connections,” says Marc Häming. However, their findings will provide potential users with new insights to help them purposefully develop specific material properties.