Chemist Holger Braunschweig has joined an elite club of European researchers who have been awarded a second "Advanced Grant", the largest research grant offered by the European Research Council (ERC). Braunschweig will receive 2.5 million Euro in order to explore unprecedented new bonding possibilites of the element boron. 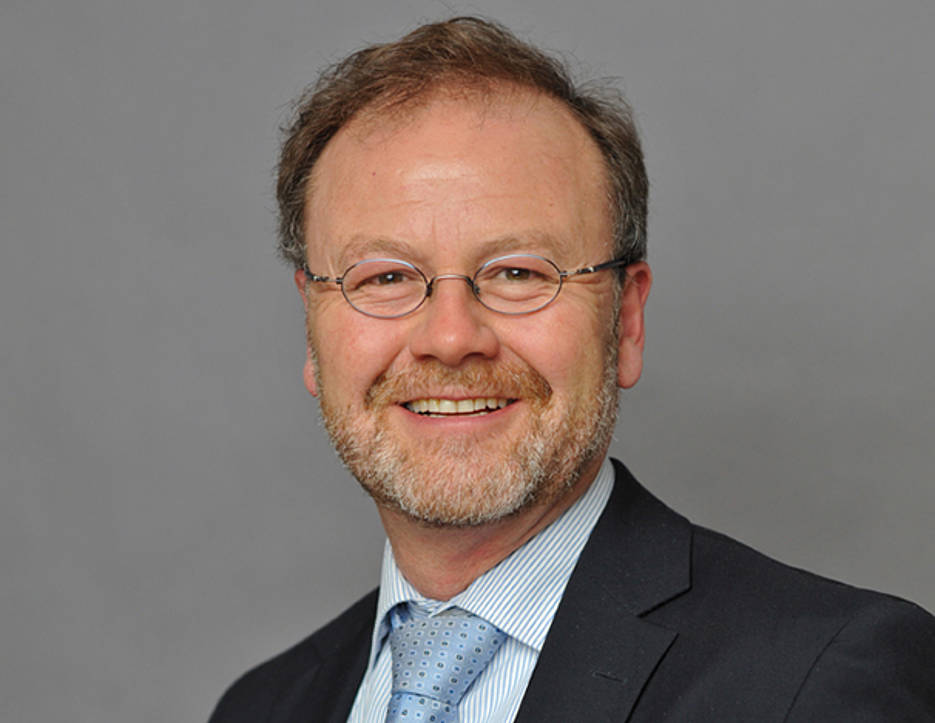 Holger Braunschweig, Professor of Inorganic Chemistry at the University of Würzburg, is an expert in the field of boron chemistry. Boron is a direct neighbour of perhaps the most well-explored element on the periodic table: carbon. While the chemistry of carbon – organic chemistry – is the foundation of life on earth and has given birth to entire disciplines and industries, the chemistry of its next-door neighbour boron is dramatically underexplored.

This situation has been evolving over the last decade, in part due to Professor Braunschweig's discoveries. His group's discovery of the first molecule with a boron-boron triple bond in 2012 was published in Science Magazine and made headlines around the world, including in a profile of Braunschweig in The Times of London. This breakthrough and other discoveries from his laboratory have repeatedly reinforced the idea that organic chemistry and boron chemistry are not as different as most people think.

Braunschweig's second ERC Advanced Grant will fund a comprehensive research program based on multiple bonding between boron atoms, a phenomenon that until recently was extremely difficult to realise in a laboratory. Driving the work beyond fundamental goals are the outstanding physical properties of the compounds made in Prof. Braunschweig's group. This boron-boron multiple bonding has already been used in the synthesis of highly reactive radicals, polymers, highly-coloured and luminescent molecules, and in reactions of industrially-relevant gases such as carbon monoxide and hydrogen. The ERC funds will be used to fully exploit the unusual reactivity and properties of these molecules, with an eye towards applications in electronics and materials chemistry.

The ERC grants, provided by the European Research Council, are the most renowned European research grants offered to single researchers. The grants provide generous funding and allow the awardees to undertake ambitious five-year research projects. The ERC provides grants in different categories depending on career stage, for promising young (Starting Grant) and mid-career (Consolidator Grant) researchers, as well as established world-leaders (Advanced Grant). Since their inception in 2008, five Uni Würzburg researchers have received ERC Advanced Grants. Prof. Braunschweig is the first of these to be awarded a second grant.

Holger Braunschweig's first ERC Advanced Grant was awarded in 2011, for research into multiple bonds between boron and metals. This grant enabled the expansion of Prof. Braunschweig's research in surprising directions, including the discovery of metal-boron systems that allow the simple, controlled creation of boron-boron and boron-carbon bonds, as well as the controlled "liberation" of these boron atoms from their metal hosts. The 2012 discovery that short boron chains can be constructed by linking single boron atoms was presented in the prestigious journal Nature Chemistry. This work was a major milestone in the ongoing search for a completely new type of polymer made up of boron-only chains, which remains a major synthetic challenge.

Holger Braunschweig, born in 1961, studied chemistry from 1983 to 1988 in Aachen, receiving his Ph.D. in 1990. After a one-year stay as a postdoctoral researcher in Brighton, he went on to complete his Habilitation in Aachen in 1998. He remained in Aachen as chief assistant until 2000, later taking up positions as Senior Lecturer and Reader at Imperial College, London. In 2002 he accepted a Chair in the Institute for Inorganic Chemistry in Würzburg as the successor of Prof. Helmut Werner.

Professor Braunschweig has recieved a number of major distinctions in recent years. In 2009 he was awarded the Gottfried-Wilhelm-Leibniz-Preis of the German Research Foundation, Germany's largest scientific prize. He has since been elected as a member of the German National Academy of Sciences (Leopoldina), the Bavarian Academy of Sciences, and as a corresponding member of the North Rhine-Westphalian Academy of Sciences, Humanities and the Arts. In 2014 he was awarded the Main Group Chemistry Award of the Royal Society of Chemistry (UK), for which he will travel to the UK to deliver a series of lectures at universities around the country.