University of Würzburg researchers describe a new form of gene activation in the scientific journal "Cell". They also show how salmonella bacteria thus prevent themselves from being poisoned by too much sugar. The new findings also hold promise for application in bioengineering. 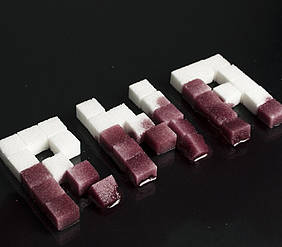 Sugar is vital to all organisms. Bacteria, plants, animals and humans use glucose and other sugars as an energy source and as building blocks for biosynthesis. Therefore, it is very important to keep the intracellular sugar concentration at the right level.

After taking in glucose into their cells, the bacteria first attach a phosphate group to the sugar molecule. This prevents the glucose from freely leaving the cell. At the same time, the glucose is made available as an energy source in this way.

Stress response to an excessive amount of sugar

As essential as glucose may be to the bacteria: It can also become dangerous to them. An excessive amount of sugar in the cell inhibits the growth of the bacteria and can even cause damage to their genome.

"For this reason, the bacteria react to excessive sugar levels with a stress response," says Professor Jörg Vogel at the Institute for Molecular Infection Biology of the University of Würzburg: In this process, a small RNA molecule leads to a reduction in the quantity of transporter molecules responsible for importing sugar into the cell.

However, this stress response progresses at a rather slow pace. "There must be an additional way of reducing stress, enabling the bacteria to get rid of the problematic sugar more quickly" says Vogel. Researchers have been trying to find this system for about 40 years.

Together with Carin Vanderpool from Illinois (USA), Vogel's team has now identified this system in salmonella bacteria. As reported in the journal "Cell", the researchers discovered a previously unknown mechanism of gene activation.

The centerpiece of sugar reduction in salmonella bacteria is a small RNA molecule, which also triggers the slow stress response to sugar: It activates an enzyme responsible for removing the phosphate group from glucose and other sugars, allowing the sugar molecules to flow practically all by themselves out of the cell.

"The small RNA triggers the quick stress response with a completely novel mechanism of gene regulation," the Würzburg Professor explains. "It actively stabilizes the messenger RNA for the phosphatase enzyme, leading to high intracellular levels of this enzyme."

This shows again that RNA molecules are able to regulate each other without protein intervention. Equally fascinating is the fact that the same regulatory RNA can both activate and suppress genes with similar function, which enables a very precise response to stress.

Promising for bioengineering or antibiotics research

According to Vogel, the new findings might be interesting for industrial application, namely for the biotechnological production of sugars with bacterial cultures. The important small RNA might be used, for instance, to modify bacteria in a way that they retain as much sugar in their cell as possible – even if it means their own death. The application of this method would improve the sugar yield in bioreactors.

Furthermore, bacteria – including pathogens, such as salmonella – generally take in more sugar than they can actually process. If the activation of the corresponding stress response is inhibited in a targeted way, this should enhance the efficacy of antibiotics," Vogel explains.