No gold without microbes

Many people love jewelry and other items made of gold. They have inconspicuous microbes to thank for this: Three billion years ago they held the noble metal in the Earth’s crust. This is the opinion at least of an expert from the University of Würzburg. 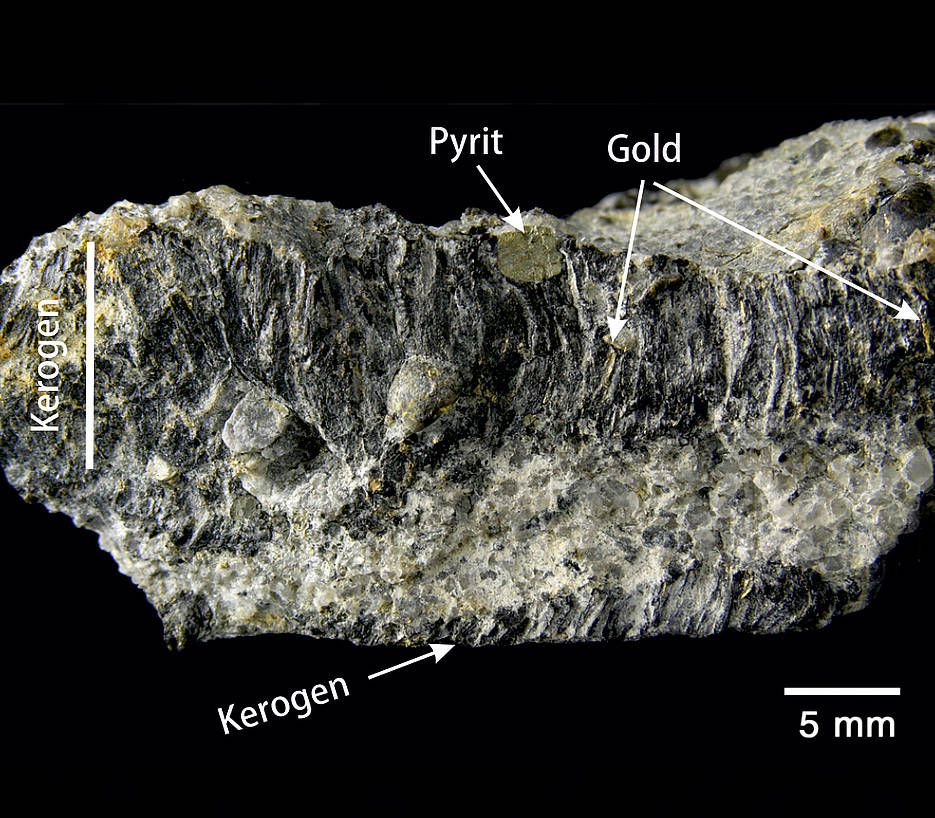 All the Earth’s gold deposits should actually be in the Earth’s core – buried deep out of mankind’s reach. After all, this metal has such a high density that in the course of the creation of the Earth it ought to have been moved to there. But in actual fact it also accumulated in the Earth’s crust.

Why did the gold stay there? “To this day this remains one of the most hotly debated issues in geology and geochemistry,” says Professor Hartwig Frimmel, chairman of the Department of Geodynamics and Geomaterials Research at the University of Würzburg. He is now adding a new theory to the debate, which suggests that prehistoric microbes are responsible for binding gold to the Earth’s crust.

Frimmel presents his idea in detail in the journal “Mineralium Deposita”. The Würzburg scientist is regarded as the world’s leading expert in gold deposits. He spent a long time as a professor at the University of Cape Town conducting research in South Africa’s Witwatersrand region, among others. This is where the world’s largest concentration of gold in the Earth’s crust can be found.

Where there is a lot of gold, there are also the remains of bacteria

What do microbes have to do with gold? “Wherever there are large quantities of gold, there are also layers of stratified carbonaceous substances that are of biological origin,” says Frimmel. “We have found evidence to suggest that these are the remains of cyanobacteria.” These original microbes inhabited the coastal regions of the Earth three billion years ago.

The cyanobacteria were the first living organisms that performed photosynthesis and first created “whiffs of oxygen”, as Frimmel says. The Earth at that time was still largely hostile to life: Rain had roughly the acidity of vinegar, and the surface water was rich in hydrogen sulfide.

Where there was oxygen, gold was bound

“But under precisely these conditions gold becomes extremely soluble in water,” explains the professor. The rivers and other bodies of water must have been very rich in gold back then. Where this water came upon colonies of cyanobacteria arranged into mats, the gold was chemically adhered to the surface of the microbes immediately by the oxygen.

So, three billion years ago a kind of “Gold Mega Event” occurred: “The chemical conditions at that time were perfect for binding gold and enabling the formation of deposits,” believes Frimmel. Over time and in this manner, for example, the huge gold deposits were created that can be found in such places as the Witwatersrand region of South Africa. At one time 100,000 tons of the treasured metal were stored there. More than half of it has already been mined.