Adrenocortical carcinoma is a malignant tumor that is difficult to control at an advanced stage. An international study now shows for the first time which chemotherapy is best suited to treat this tumor. The study was coordinated at the University Hospital of Würzburg. 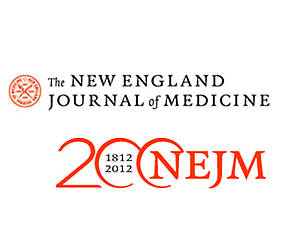 Adrenocortical carcinoma is classified as a rare disease: In Germany, only about 80 to 120 cases occur per year. The disease often affects even young people at the age of 20 to 40. The patients have a poor prognosis: more than half of them die within the first three or four years after diagnosis.

What makes adrenocortical carcinoma so dangerous: Even at an early stage of the disease, many patients already have metastatic tumors, predominantly in the liver, lungs or bones. Therefore, the cancer often reappears even after surgical tumor removal – if an operation is possible at all.

"Previously, it was unclear how this cancer should be best treated at an advanced stage," says Martin Fassnacht from the University Hospital of Würzburg. For this reason, the major international study FIRM-ACT was initiated in 2004. The objective was to compare the two most promising chemotherapy strategies.

Results of the study published

The results of the study have now been published online in the "New England Journal of Medicine". The finding: Chemotherapy with a combination of the four drugs mitotane, etoposide, doxorubicin and cisplatin proved significantly more effective than the two-drug combination treatment with mitotane and streptozotocin.

"Thus, the four-drug combination is significantly more effective. Therefore, it will be the standard therapy for this disease from now on. However, a lot of patients still die despite this therapeutic improvement, which is very frustrating of course," says Fassnacht.

The centers involved in the study now aim at a further improvement of the treatment. "Owing to this study, the international centers for adrenocortical carcinomas have established a very efficient network for the first time. In the long term, this will lead to new and more effective therapies for the patients," says Professor Bruno Allolio, head of the department of endocrinology at the University Hospital of Würzburg and coauthor of the study.

Facts on the FIRM-ACT study

All in all, 304 patients with advanced adrenocortical carcinoma were included in the study. They were treated at 40 medical centers located in twelve European countries, Australia and the USA. This makes FIRM-ACT the largest study of its kind in the world to date. According to Martin Fassnacht, more patients were examined in the course of this study than in all previous chemotherapy studies related to adrenocortical carcinoma combined.

103 of the patients were from Germany. 58 among them were treated at the University Hospital of Würzburg with involvement of the regional center for cancer research and treatment (Comprehensive Cancer Center Mainfranken). Apart from Würzburg, 19 other university institutions participated in the study in Germany. 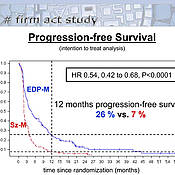