Modelling the impacts of TTIP

Decreasing trade barriers between the US and Europe: This is the goal of the proposed TTIP agreement which is highly controversial. Economists from the University of Würzburg contribute to opinion forming by estimating the impact of TTIP on purchasing power. 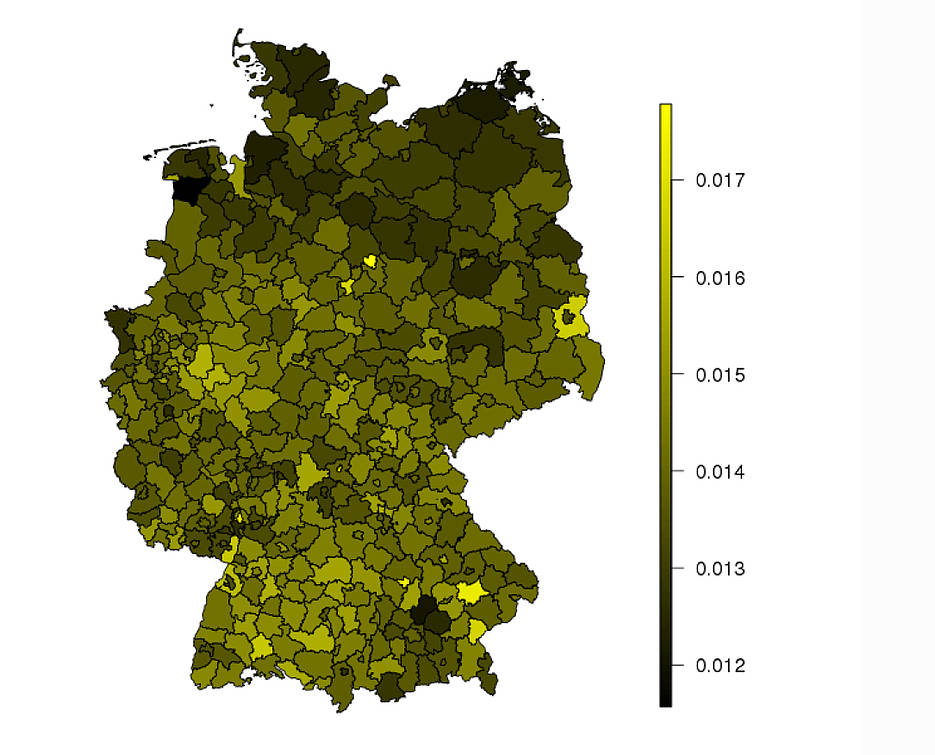 Chlorine chicken – this phrase has fuelled the discussion about the planned trade agreement TTIP in Germany. The background: In the US, chickens are disinfected with chlorine after being slaughtered to kill salmonella and other pathogens. Should trade barriers between the US and Europe come down, such chickens and other "unfamiliar" products could also be sold in German supermarkets. Many people therefore reject TTIP.

Transatlantic Trade and Investment Partnership, short TTIP: Critics of the trade agreement also condemn the role of arbitration courts. "Companies that feel disadvantaged economically due to new environmental or social laws are allowed to sue governments," quotes the attac internet site among others. The organisation fears the "unprecedented degradation of production standards, consumer protection and employment rights, wage levels, environmental and social regulations."

Countries where the purchasing power could suffer

"The TTIP discussion in Germany focuses on arbitration courts and environmental standards for a good reason, but fails to notice the agreement's impact on the rest of the world and the global trading system as a whole," says Professor Michael Pflüger from the Department of Economics of the University of Würzburg. This bothered him so he developed a corresponding analysis with doctoral candidate Oliver Krebs: The scientists modelled potential effects of TTIP on the purchasing power in different countries. For Germany, the results were broken down to county level.

One result: In countries that have close economic ties with the US but do not participate in TTIP, the purchasing power of consumers will suffer more the greater the extent of trade liberalisation. This applies in particular to Canada, Mexico, China and Russia. In contrast, purchasing power will get a boost in Ireland and Luxembourg – both countries are TTIP members and are closely networked with the US economy.

How do things stand in Germany? "The trade liberalisation between the US and Europe will increase the purchasing power across Germany – in some regions more than in others," Pflüger further. The scientists anticipate the most significant growth for strong automotive sites such as Wolfsburg or Dingolfing. The outlook for the city and county of Würzburg: Wealth would increase slightly below the German average.

"Considering the global impacts, I don't think TTIP is convincing," says the Würzburg economist. In his opinion, a world-spanning trade agreement would be better. But any efforts on the part of the World Trade Organisation WTO are stagnating or even running dry. Another of Pflüger's concerns: "The US are pursuing a two-track strategy by negotiating a parallel trade agreement with the Pacific coastal states. And they seem to give much more priority to that." He believes this to be another reason why it is so difficult to assess what TTIP might entail.

Estimations and assumptions considered in the model

Pflüger is reticent when it comes to quoting actual figures from his analysis. And this is for a good reason: His economic model does incorporate a huge amount of data and facts, for example about wages, production costs or land use, but the model is naturally based on assumptions and estimates. To estimate how the purchasing power will develop as a consequence of TTIP, the same level of liberalisation was assumed throughout all trade sections, for example. Even though the EU Commission has published minutes of past negotiation rounds, no-one knows what the outcome will ultimately be like.

Nevertheless Pflüger considers the analysis to be meaningful: "We used one of the new quantitative foreign trade models that is suitable to map the impacts of trade relations on countries and regions." Compared to other models, it has the advantage of requiring much less input in terms of estimated and assumed values. This makes the analysis more reliable in the economist's view.

Economists put the paper out for discussion

Michael Pflüger and Oliver Krebs have published their analysis as a discussion paper with the "Institute for the Study of Labor" (IZA in Bonn). According to Pflüger, the IZA is an economic think-tank of international recognition. Moreover, the professor and his doctoral candidate present the paper at international conferences.

They want to further develop their foreign trade and regional model and take more variables into account in the future, for example migration costs for workers and investment processes. Based on news from TTIP negotiations, they also want to provide updated forecasts on what TTIP could mean for consumers in Germany and for global economies.

Part of a DFG research project

The work is part of the research project "Regional Growth and Structural Change" managed by Michael Pflüger and Professor Jens Südekum from Düsseldorf. The three-year project is funded by Deutsche Forschungsgesellschaft with around 240,000 euros. It focuses on how cities, regions and industries are changing in the face of the challenges caused by current developments.

Link to download the discussion paper (in english language)

Oliver Krebs and Michael Pflüger (2015), How Deep Is Your Love? A Quantitative Spatial Analysis of the Transatlantic Trade Partnership, IZA Discussion Papers 9021 http://ftp.iza.org/dp9021.pdf 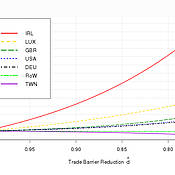