Top research pays off: After 2011, Professor of Physics Laurens Molenkamp from the University of Würzburg has been awarded a second Advanced Grant from the European Research Council worth 2.5 million euros. 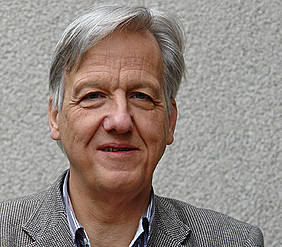 The European Research Council (ERC) gives its Advanced Grants to excellent scientists who have established themselves in the research community through extraordinary achievements. Each grant comes with 2.5 million euros in prize money intended to promote innovative projects.

It is already the second time that the coveted prize goes to Laurens Molenkamp, Professor at the Faculty of Physics and Astronomy at the Julius-Maximilians-Universität (JMU) Würzburg in Bavaria, Germany.

The JMU professor is definitely one of the leading scientists in his field: In 2007, the quantum spin Hall effect was discovered in his lab. Moreover, Molenkamp was the first scientist to implement the new material class of topological insulators in experiments. Since his breakthrough, intensive research worldwide has been conducted in this domain.

Experts expect topological insulators to provide huge advances in information technology by using the material to build even smaller and more powerful computer chips in the future.

What the money will be used for

The new project will study the so-called "exotic" superconductors. They are created when a topological insulator is brought into contact with normal superconductors. "Here exotic means that the electron pairs in the topological material are formed in a different way than in conventional materials," Molenkamp explains.

How exactly this happens will now be investigated using high-frequency techniques and high-precision controlled magnetic fields. The novel form of superconductivity should be particularly well suited for use in quantum computers. "But we don't know yet whether this is actually true and how easy or difficult it will be to implement this," the professor says.

The ERC funds will be used to purchase the new measuring stations required for the project. Additionally, three positions for Ph.D. students will be created; they will work on their projects with other members of the faculty.

Laurens Molenkamp has already received numerous renowned awards for his research of topological insulators including the Europhysics Prize 2010, the Oliver E. Buckley Condensed Matter Prize of the American Physical Society 2012 and the Physics Frontiers Prize 2013.

The "German Nobel Prize", the Leibniz Prize of the German Research Foundation (DFG) worth 2.5 million euros, followed a year later. In 2017, he received the Stern-Gerlach Medal, the most prestigious award of Deutsche Physikalische Gesellschaft. And only a few days ago, Molenkamp accepted the King Faisal International Prize.

The ERC Grants at the University of Würzburg