It all depends on the type of voluntary work

Almost half of 14 to 15-year-olds in Germany do some kind of voluntary work in their spare time or have done in the past. But the type of engagement makes a big difference, as a study by the University of Würzburg shows. Not every young person feels that he or she is making an important contribution to society. 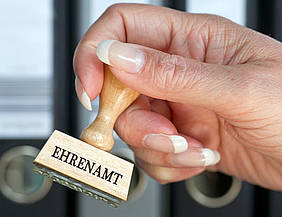 Some young people organize workshops on political education or seek sponsors for Christmas aid projects. Others look after scout groups or help elderly people with their shopping. The range of voluntary activity engaged in by young people in Germany is vast. Just under 45 percent of 14 to 15-year-olds do some kind of voluntary work in their spare time or have done in the past, as evidenced by a nationwide study into the charitable activities of adolescents by the Department of Empirical Education Research at the University of Würzburg. A finding that has surprised even the project leader, Professor Heinz Reinders.

But what has surprised the educational researchers even more is a second finding from their investigations, namely that working with deprived and disadvantaged people has a greater influence on young people’s view of the world than other forms of engagement. Around a third of all young volunteers spend some of their free time helping socially disadvantaged people, such as the elderly, immigrants or people with disabilities. “Compared to people of a similar age whose voluntary work does not involve helping people in need, these young people report more often that they are making an important contribution to society,” says Reinders. At any rate, 47 percent agreed wholeheartedly with this statement. For the comparable group the figure is just 33 percent.

Dealing with deprived people directly also leads more readily to a feeling of being able to help people in need. A good two thirds of girls and boys surveyed endorse this assessment if their voluntary work involves personal contact. These young people see themselves as actively engaged and making an important contribution to the success of the project. Among volunteers who do not have direct contact with deprived people, this feeling only arises for around a third of those surveyed.

Frequent conversations with and help for the more socially disadvantaged also broaden the experiences of young people. Some two thirds also say that thanks to their charitable work they have experienced and been introduced to new things. If there is no such personal contact with deprived people, the percentage drops to just below 50 percent.

“Given this situation, it is no surprise that young people who have personal contact with deprived people spend more time on their voluntary work,” says Reinders. They work between twelve and fifteen hours a month on average. The other young volunteers, on the other hand, usually dedicate between eight and eleven hours.

Seeing the world through different eyes

“The findings make it very clear that not every form of voluntary engagement has the same positive effect on the development of young people,” is how psychologist Gabriela Christoph explains the results. She is working on the project as a Research Associate. There is one thing that particularly amazed her when analyzing the data: there is no difference here between young people who do voluntary work under the umbrella of a charitable organization and those who do the same outside a framework of this nature. The researchers put this finding down to the fact that it is the type of work that is decisive and not whether young people work for an organization.

“Seeing the world through the eyes of the needy” is how Reinders describes this. “Anyone who sees as a young person how difficult everyday life is for old people or witnesses the barriers that wheelchair users face will stop and think about what social justice means.” Such intense experiences have nothing to do with whether an organization is behind them; instead they are linked to whatever new living environments young people become acquainted with through their engagement.

It is mainly boys who are involved with organizations

That said, the study shows that ties to an organization are important for long-term engagement. For example, young people who are involved with an organization like the Church, the junior fire department or a sports club have usually been volunteering there for two to three years already. Young people doing voluntary work outside an organization tend only to be able to look back on a two-year engagement. One cliché, incidentally, was confirmed by the study: it is mainly boys who volunteer in organizations, while girls prefer direct contact with people.

The educational researchers conclude that it is not so important whether young people do something on their own initiative or help out others in an organization. “Young people mainly see their engagement as meaningful if they are able to help people directly,” says Reinders, commenting on the results. This gives them the important feeling that they are actively doing something that will benefit others and that through their actions they can bring about change. The authors of the study suspect that these positive experiences will then in turn motivate young people to continue to do voluntary work in the future. It is therefore particularly important for charitable institutions to allow young people to gain the important experience of actively helping.

2,408 young people aged between 14 and 15 were surveyed by educational researchers for their study in the period from October 2010 to January 2011. 84.6 percent of them were of German origin. The sample included an almost equal number of girls (46.9 percent) and boys (53.1 percent). Those surveyed were students at grammar schools (48.1 percent), intermediate secondary schools (26.3 percent), and general secondary schools (20.4 percent). The majority of the young people were in classes 8 to 10 (96 percent) at the time of the survey.