How acid finds its way into wine

If it were not for proton pumps in plants, there would be no acid in wine. These pumps are important generally for plant vitality, as researchers from Würzburg and Heidelberg report in the renowned journal “Proceedings” of the Academy of Sciences in the USA. 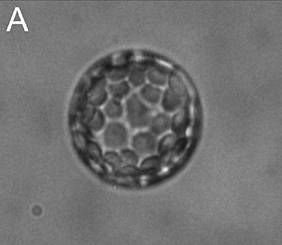 During photosynthesis, plants tend to produce more nutrients than they actually need. They store the surplus in various places, including their vacuoles. These storage chambers account for 70 to 90 percent of the volume inside cells. They are filled with an aqueous solution of ions and nutrients and are surrounded by a membrane.

Sugar beets accumulate sugar in their vacuoles, while grapes and other fruits store not just sugar but fruit acids as well. What contents fill the vacuoles depends on how their membranes are equipped with special transporters. After all, sugar and acids do not simply end up in the storage chambers – the plant conveys them there purposefully, and the only way it can do this is with the help of proton pumps.

Acidity of wine is determined by protons

Under the application of energy, these pumps propel protons into the vacuole. “The acidity of wine, for instance, is due entirely to the protons accumulated in the vacuolar sap,” says Professor Rainer Hedrich, biophysicist at the University of Würzburg. Some 90 percent of grape juice comes from vacuoles.

The activity of the pumps ensures that the vacuole contains many more protons than the cell sap. This concentration gradient is a source of energy – the protons force their way back out of the overcrowded vacuole, in the same way as air out of a firmly inflated balloon. This is where the special transporters that sit in the vacuolar membrane come into play: they use the energetically favorable release of protons to carry sugar and other molecules into the vacuole at the same time according to the exchange principle.

“This gradual conversion of energy is a universal principle in biology. It enables storage organs such as sugar beets and fruits, but also leaves, to accumulate a hundred times as much content and more,” explains Hedrich. In this way, the plants build up valuable resources for times of shortage – at night, for example, when photosynthesis comes to a halt.

The importance of proton pumps to plant vitality and productivity is described by Rainer Hedrich together with Professor Karin Schumacher from the University of Heidelberg in the journal “Proceedings”. The two scientists work together as members of a supra-regional vacuolar research group funded by the German Research Foundation (DFG).

There are two types of proton pump in the vacuolar membrane. One of them needs the high-energy phosphate compound ATP as a fuel for its activity, the other uses so-called pyrophosphate (PP).

Rainer Hedrich was the first person to measure the activity of both pumps back in 1986 as a post-doctoral student at the Max Planck Institute for Biophysical Chemistry in Göttingen. But the connection between the two types of pump as well as their relative importance have always been largely unknown.

To answer these questions, Hedrich and Schumacher decided to inhibit the genes for the ATP-dependent proton pump on the model plant Arabidopsis, which is popular among geneticists. This left just the other type of pump still active in the plants.

“Under ideal growing conditions, the absence of the ATP-dependent pump had no affect at first on whether or not the plants flourished,” explains Hedrich. However, when the plants were exposed to certain stress conditions, such as nitrogen deprivation and high levels of heavy metals, their growth and productivity suffered considerably.

It was not until the plants were placed under difficult living conditions that the absence of these pumps became noticeable. It would appear that with only one type of proton pump the plant can no longer fill its vacuoles with ions and metabolites well enough to be adequately armed to cope with stress.

Spurred on by this discovery, Rainer Hedrich and Karin Schumacher’s next goal is to try to produce plants that create certain proton pumps in increased numbers, making them better equipped to survive stress periods.

With his work on ion channels and pumps, Professor Rainer Hedrich has been one of the world’s most eminent scientists in the field of membrane transport for more than 20 years now. The Faculty of 1000 regularly classifies his work as especially worth reading. The Animal and Plant Sciences section of the ISI Web of Knowledge names him among researchers who are quoted with particular frequency. It was not until January 2010 that the European Research Council awarded him one of the coveted ERC Advanced Grants: this award comes with 2.5 million euros.

Rainer Hedrich is no stranger to analyzing ion channels and pumps using highly sensitive biophysical processes. He managed to obtain functional evidence of ion channels in plants for the first time during his doctorate back in 1984 in the laboratory of Nobel Prize winner Professor Erwin Neher.

Since this discovery with the help of the patch clamp technique, he has identified and characterized quite a number of different ion channel types and pumps both in the plant cell membrane and in the membranes of various cell organelles.

His expertise in the molecular and biophysical analysis of transport processes makes him a sought-after partner to work with in special research areas, graduate colleges, and national as well as international research consortia. 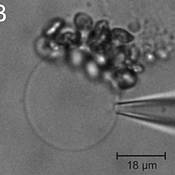 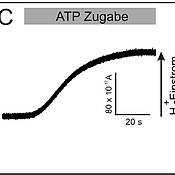