High-Performance Transistors Made of Organic Molecule

Chemists from the University of Würzburg and researchers from BASF SE have developed a new molecule. This molecule allows the manufacturing of high-performance organic thin-film transistors for microelectronics. 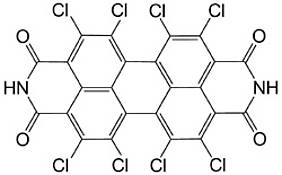 All over the world, research is done regarding transistors made of organic materials which can be integrated into electronic components as ultra-thin layers. Transistors are components of electronic circuits which are used for communications or in computers.

Today, organic thin-film transistors are in fact far from being as powerful as silicon transistors. Nevertheless, they offer the possibility of being used very cost-effectively on flexible substrates and large surface areas. Thus, it is possible to implement flexible components and novel applications – e.g. flexible displays.

Together with researchers from BASF, the Würzburg Professor of Chemistry Frank Würthner has developed a promising organic molecule: octachloroperylene diimide. The scientists have presented the molecule in the current issue of the chemistry journal "Angewandte Chemie".

During tests at Stanford University (USA), the molecule has proved to be particularly efficient and stable when exposed to air. Thus, it is especially suited for vacuum-process manufacturing of electronic circuits.

Air-stable due to electron deficiency

There are already many efficient organic transistors for the transport of p-type charge carriers. However, the transport of n-type charge carriers still is a challenge. "The decisive step was to find an appropriate substitute of eight hydrogen atoms. It made the molecules more electron-deficient and thus more stable when exposed to air", explains Dr. Martin Könemann from BASF SE.

The striking thing is that the new transistor material still functions very well even after it has been exposed to air for 20 months. This is remarkable, because very often organic transistors are affected and damaged by oxygen.

The improved properties are also due to the arrangement of the molecules in the solid: By means of vapour deposition, the material can be deposited on the substrate in thin layers. In these layers, the individual molecules are arranged automatically in a "brickstone" structure.

Within this structure, the molecules overlap to a large extent. Thus, they build up so-called hydrogen bonds between each other. In addition, there are other desirable interactions. According to Professor Würthner, all this involves an increased electron mobility and thus an increased resistance against oxygen attacks. 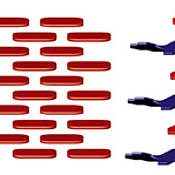