A new research project that looks into the ceremonial rituals of the Hittites is funded with around 8.3 million euros. Daniel Schwemer, Professor of Ancient Near Eastern Studies at the University of Würzburg, is the project leader. 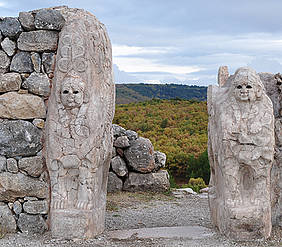 The Hittite Empire essentially encompassed the area of present-day Anatolia. Like Egypt or Babylonia it was one of the "global players" of the world in the 2nd millennium BC. When visiting the remnants of a Hittite city, one immediately recognises that cult rituals played a major role in Hittite society: The city and its surroundings are dominated by monumental sacral buildings. 30 temples have been identified in Hattusa alone, the Hittite capital.

It was one of the major responsibilities of the kings and their leading elites to maintain the cults of the gods. Numerous ritual texts were created for this purpose – short yet comprehensive regulations regarding the holding of rituals, frequently on occasions determined by the seasons.

The ritual texts are inscribed in cuneiform script on presently more than 10,000 fragments of clay tablets. This makes them the biggest text group from Hittite Anatolia, but so far scientists have deciphered only part of it. A new project which is home in " Akademie der Wissenschaften und der Literatur in Mainz" (Academy of Sciences and Literature) is set to change that: "The corpus of Hittite ceremonial rituals: state administration of cult practices in Anatolia in the late Bronze Age."

The project is headed by Daniel Schwemer, Professor of Ancient Near Eastern Studies at the Julius-Maximilians-Universität Würzburg (JMU) and Professor Elisabeth Rieken, a linguist at the University of Marburg. The German Federal Government and the Länder are providing around 8.3 million euros over the project term of 21 years. Part of the money will be used to finance five research positions in Mainz, Marburg and Würzburg.

The establishment of the Hittite project was adopted by the Joint Science Conference of the Federal Government and the Länder Governments (GWK) on 30 October 2015. The venture comes as part of the Academies' Programme that includes nine new long-term projects set to start from January 2016.

Some of the goals of the new research project

What do the scientists hope to gain from the Hittite project? "The goal is to reconstruct as much as possible of the Hittites' ceremonial texts based on the many thousand fragments of cuneiform script tablets and provide the result in scientific editions," says Daniel Schwemer. The scientists aim to clarify how the gods were worshipped in the Hittite temples and how the individual cults changed over the centuries.

Schwemer and Rieken are also interested in the bureaucracy the Hittite kings used to organise cult. For example, how did the writers in an early form of quality assurance compensate for the tensions resulting from the requirement that cult should be performed correctly and the real circumstances which frequently caused festivals to be cancelled or postponed? What text forms did the experts develop, how did technical languages emerge in this context, how were traditional sacral languages fostered at the same time?

Economic significance of cults and temples

The scientists hope that the cult ritual text will also provide insight on the make-up and development of the Hittite gods, the cult geography of the Hittite Empire and the sacral topography of Hittite cities. Not least did cults and the operation of the sacred sites have an enormous significance for the entire Hittite Empire. "This is an important factor to consider when analysing the political meaning of cult for the Hittite kings and for the stability of society in the Hittite Empire," says the Würzburg professor.

Moreover, the scientists want to enhance web-based key technologies that can be used to edit and study cuneiform script texts even more efficiently. This includes digital three-dimensional recordings and analyses of cuneiform script tablets. The basis already exists: Experts in Ancient Near Eastern Studies from Würzburg, Dortmund and Mains created them within the scope of the "3D-Joins" project funded by the Federal Ministry of Education and Research (BMBF).

More about the 3D-Joins project

Union of the German Academies of Sciences and Humanities

To the website of the Würzburg Ancient Near Eastern Studies

To the Mainz portal of Hittite studies 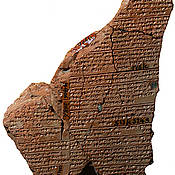 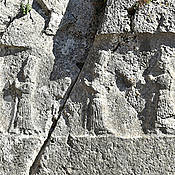