When compared to their European colleagues, they distinguish themselves through their outstanding research and international focus. This is why the psychologists of the University of Würzburg have been placed in the “Excellence Group” alongside nine other German universities in a current “CHE Ranking”. 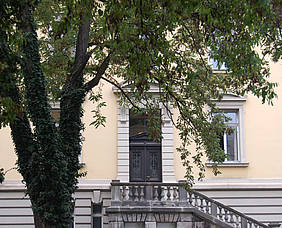 In the field of psychology, the Julius-Maximilian-University of Würzburg has joined the “Excellence Group”. This is the result of a current assessment by the Center for Higher Education Development (CHE) in Gütersloh. According to the explanatory statement, the Würzburg psychologists particularly distinguish themselves through the high number of their publications and the impressing mobility of their students and teaching staff.

The CHE experts considered five criteria in the ranking. Among other things, the number of publications and the question as to how often such studies were cited by other scientists were relevant in the assessment of the research performance. The mobility of students and teaching staff was used as a measure of the international focus of the universities.

According to the CHE institute, the main purpose of the “Excellence Ranking” is to provide decision-making assistance to students and young academics in their search for suitable Master’s or Ph.D. degrees.

Therefore, the ranking presents a lot of information on Master’s and Ph.D. programs in addition to the statistical data. Furthermore, it provides information on the research groups and main fields of research of the rated departments and on the size of the faculties, the admission requirements and any accommodation facilities.

The current students have also been involved in the assessment of their study conditions so that their ratings are available to prospective students as well.

The detailed results have been published in the weekly paper “Die Zeit” on Thursday, October 29; this information is also available in the internet at www.zeit.de/excellenceranking. Further facts and explanations on the “CHE Excellence Ranking” are provided at www.che-excellenceranking.eu

The Center for Higher Education Development (CHE) is an independent non-profit organization located in Gütersloh which is committed to reforming the higher education system. Each year, it issues the “CHE University Ranking” of German higher education institutions and other universities abroad as a source of information for new students. The introduction of the “CHE Excellence Ranking” now enables prospective Master’s and Ph.D. students to compare the best academic research centers in Europe.

In the field of biology, the University of Würzburg has joined the “Excellence Group” in the CHE Ranking 2007. Chemists, physicists, and mathematicians were shown to be outstanding, too.