Africans in the role of victim

What image of Africans do present-day films and art exhibitions paint? Three professors are examining this question. In doing so, they have come across beliefs that date back to colonial times. 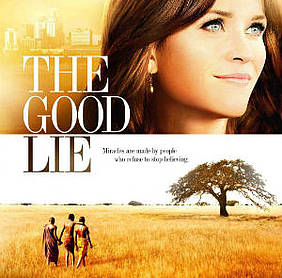 The civil war that broke out in Sudan in 1983 orphaned many children. Some of them muddled through life alone for many years, while others grew up in refugee camps. The American movie “The Good Lie” (2014), which is set to be released in Germany soon, addresses this issue. It tells the story of young Sudanese people brought from a refugee camp to the USA. There, efforts are made as part of a help scheme to give them the chance of a new life.

“A well-made movie,” says Professor Heike Raphael-Hernandez, cultural scientist and scholar in American studies from the University of Würzburg. Nevertheless, the movie also makes her feel a little uneasy at times, such as when the Sudanese, once in the USA, regard their new toothbrushes perplexed: “Do people still have to shoot scenes like that?” According to the professor, they reveal an attitude toward Africans that has roots which go back as far as the 18th century.

The image of the “retarded” African

This attitude from colonial times seems to be widespread still to this day. In broad terms, it is like this: Western man prefers to see Africans in a role of victim from which he is keen to help them escape. This is because he fundamentally believes that they are a little “retarded” and will not make it without his support.

Against this background, the Würzburg professor is interested in specific questions of a cultural science nature: What image of Africans do present-day movies, exhibitions, and other visual media portray in industrial nations? What image, on the other hand, do African movie makers and exhibition curators portray? What are the “favorite subjects” of directors and organizers?

Focus on movie festivals and exhibitions

Heike Raphael-Hernandez is keen to explore such questions with two colleagues from the USA – Leigh Raiford from the University of California in Berkeley and Cheryl Finley from Cornell University. To this end, the three of them will visit movie festivals and exhibitions in Africa, Europe, and the USA, and analyze what is on show there.

Among other things, the researchers will attend the Venice Film Festival and the Pan African Film Festival in Ouagadougou in Burkina Faso, the largest African movie festival, which shows exclusively African movies. They will also pay a visit to the Documenta in Kassel and the Dak’Art art exhibition in Dakar.

“We want to really scrutinize the events,” says the Würzburg scholar in American studies. What movies and exhibits are shown? Who chose them? What themes do they portray? Where does the money come from for the events? Have financial backers enforced certain issues possibly because they sell better? What image is promoted?

Money from the American Council of Learned Societies

For this research project with the name “Visualizing Travel, Gendering the African Diaspora”, the professors will receive around USD 200,000 in funding from the American Council of Learned Societies (ACLS) as part of a Collaborative Research Fellowship. A total of ten teams will receive new funding from 2015 under this scheme, with Raphael-Hernandez as the only German researcher.

All three researchers come from the “Transatlantic Black Studies” – a field that deals historically, culturally, politically, and economically with Africa, the transatlantic slave trade, slavery in the New World and its legacy, and also with racism. Raphael-Hernandez will be focusing on movies and videos, Finley on exhibitions and museums, and Raiford on photography.

One of the focal points of the project will be the portrayal of black women, who are very frequently assigned a role of victim in visual media: Circumcision, forced marriage, suppression, and marital abuse – all these issues often crop up in the literature and in movies. Where are black women victims? Where and, especially, how do they escape this role of victim? How do they portray themselves in art? “All fascinating issues that we will know more about in two years’ time once the project has been completed,” says Raphael-Hernandez.

The new fellows of the American Council of Learned Societies 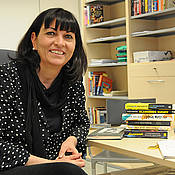